I will announce my decision within 9 more days: Maumoon 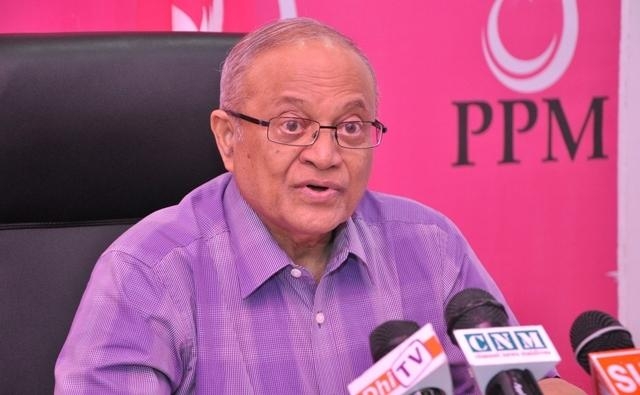 Progressive Party of Maldives (PPM) President Maumoon Abdul Gayyoom has said that he will announce his decision on whether not to compete in the party’s presidential primaries after 9 days time.

Answering a question by Sun at a ceremony held by PMM today, Maumoon said that he has already made his decision on whether or not to compete, and that he does not want to reveal his decision as of yet. He said the will be revealed at the appropriate time.

“I have made a decision, God willing, on how I will proceed. But I do not want to announce it here. I will announce it when the time comes, what I will do. Whatever it is, there are just 9 days left. When these 9 days pass, it will be known whether I will compete or not,” said Maumoon.

Two people have shown their intention to compete in the PPM presidential primary do far. They are; Mulaku MP and PPM Parliamentary Group Leader Abdulla Yameen and the party’s former Deputy Leader Umar Naseer.

The party has called for applications for those willing to compete in the party’s presidential primary as specified by the party regulation on representing the party on national elections. The submission of application was opened yesterday and will close on the 28th of this month.