PPM would not break up as long as even a photo of Gayoom exists: Nihan 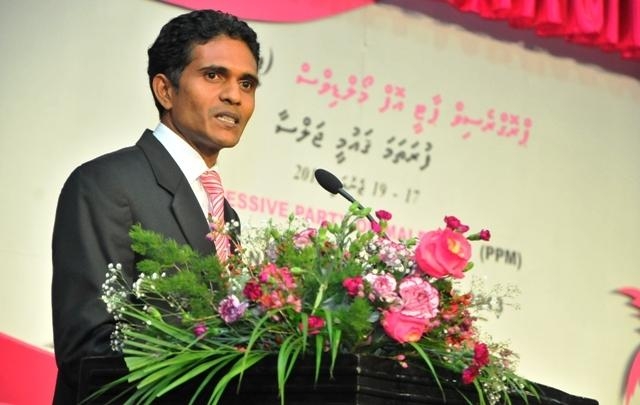 Council member of Progressive Party of Maldives (PPM) Ahmed Nihan Hussain Manik has said that despite speculation by some groups that PPM would break up, there is no way the party would fragment as long as former President Maumoon Abdul Gayoom is around, or as long as even a photograph of him exists.

Nihan said this while speaking at Dharubaaruge last night, at the closing ceremony of the first PPM congress which took place from 19 to 21 January.

Nihan, who also acts as the Member of Parliament for Vili-Maafannu, said that Gayoom will always be remembered in the Maldives, and that PPM will not end up like Dhivehi Rayyithunge Party (DRP).

Nihan said that he will not allow PPM to end up like DRP, and that people who try to mislead the public will not succeed in their efforts. He said that more people including youth will join Gayoom in the future and further strengthen PPM.

“People have asked me during this election whether PPM is breaking up. There’s no way that PPM would break up as long as President Maumoon Abdul Gayoom is around; and if he’s not around, as long as even a photo of him exists. There’s no chance of that happening. I’m telling you, there’s no one who has that much courage. Forget it,” he said.

President of PPM women’s branch and Minister of State for Foreign Affairs Dhuyna Maumoon also spoke at the event.

Dhunya said that women still face several challenges in obtaining their rights in the Maldives, and called on the government to strengthen the implementation of the bill on domestic violence. She also said that abuse against women and children takes place every day, and urged the government to save the country from such activities and restore peace in the society.

Not even 10 people from the military participated in the