Usfasgandu ordered to be handed over within seven days 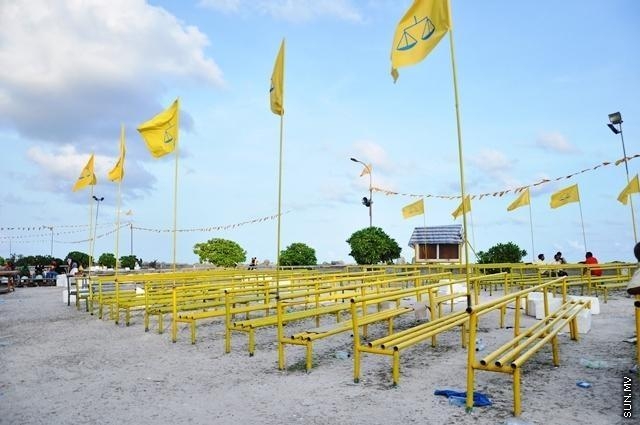 Civil Court has issued an order upon Male’ City Councilto hand over Usfasgandu to Housing Ministry within the next seven days. Usfasgandu was given to MDP to carry out political activities.

The Civil Court ruling states that under the regulation on transfer of lands which belong to the jurisdiction of the councils, Usfasgandu area was handed over to Male’ City Council on 19 September 2012 and that it is evident that the council has been utilizing the land against the government’s land use plan. The court said that the council does not have the authority to hand over the land to any other parties.

The agreement also states that the council is allowed to make structures within the 800 square feet of land, and that the structures may not exceed a height of more than 3 metres, and that they maybe utilized as toilets, changing rooms, showers, short eat venders or a place to sells drinking water.

Waheed decides to compete in the presidential elections