Government claims 62 million in compensation for damage caused to reef 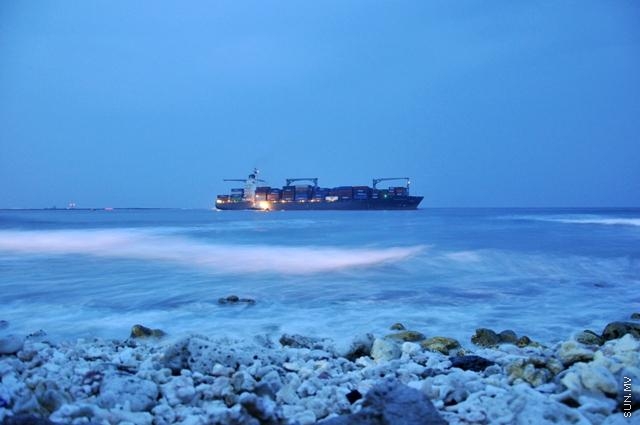 The government has claimed MVR 62 million in damages for the destruction caused to the eastern reefs of Malé by a wrecked ship.

Abdul Rasheed Naafiz, Chairman of the Transport Authority, told Sun Online today that the Environment Protection Agency (EPA) assessed the damage caused to the reef by the ship owned by Delmas Shipping Line and gave the figure 4.06 million US Dollars (MVR 62.73 million). He also said that agent operating the ship, Silverline, has now been informed of the decision.

Mohammed Nabeel, Managing Director of Silver Company, told Sun Online today that the company had already been trying to secure the 4 million dollar bank guarantee, and that they were negotiating with the government to reduce the amount as well.

“We are trying to make sure that the ship departs as soon as possible. We do believe that there must be a fine in this matter, but the government has also said that there is room for negotiation”, said Nabeel.

Nabeel said that they were also trying to assess the damages caused by the ship-wreck incident, and that their negotiations would be based on their findings too.

The ship has been operating as a cargo carrier between Singapore and the Maldives for some time.

Nabeel said that Delmas Shipping Line is one of the two biggest container-ship operators to the Maldives, and that they have provided the Maldives its service responsibly for more than 20 years. He also said that the company contributed significantly to the Maldivian economy.

Nabeel also said that a ship operated by Delmas shipwrecked in the same area a while ago, and was there for 20 days, and that the compensation was set at MVR 4.5 million. He said that the “contrast between the two figures is remarkable”. He also said that the ship which wrecked this time was on the reef for a time less than 3 hours.

This ship, registered in Liberia, wrecked on the 7th of this January.