Jaa, arrested for the murder of Dr. Afrasheem, released 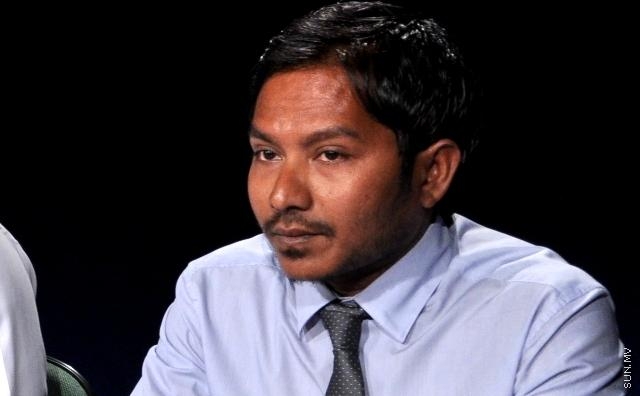 Abdulla Javid (Jaa), who was arrested for the murder of Dr. Afrasheem Ali, has been released. Jaa is the son-in-law of Hulhu-Henveyru MP Reeko Moosa Manik.

Sun has come to know that Jaa was released after he was brought to the court to extend his detention period, after his last extended term had expired.

It was derived from a previous High Court ruling that enough evidence existed against Jaa to be prosecuted for intentional murder, and that the police hold a phone conversation recording and testimony from a number of people as evidence against him. The ruling however did not reveal details of the evidence.

State is prosecuting Hussain Humaam Ahmed of H. Lobby for the intentional murder of Dr. Afrasheem Ali. The Prosecutor General is also currently reviewing the cases of Ali Shaan of H. Hicoast, a person alleged of assisting the murder, as well the case of minor who is suspected to have stood guard near the scene during the time of the attack.

Police have said that MVR 4 million was proposed a gang in Male’ for the murder Dr. Afrasheem. During a recent press conference, Police Commissioner Abdulla Riyaz has said that they had arrested two people who are suspected to have proposed the money.

We received information of assassination attempts on Nasheed using weapons and a toxic chemical: Hameed