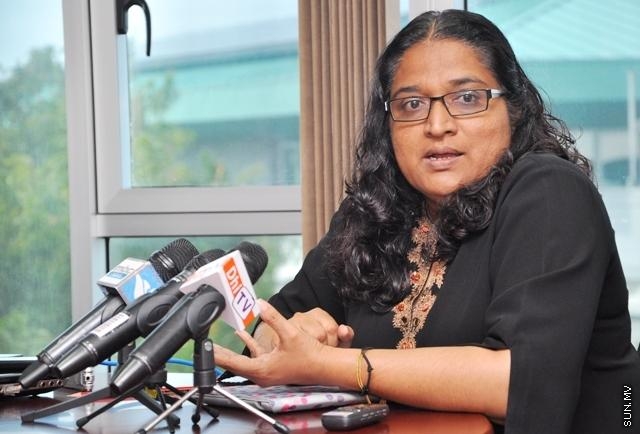 The works being done by the Government Accountability Committee of the People’s Majlis in the name of investigating the Report of the Commission of National Inquiry (CoNI) are done in violation of the Majlis’ Rules of Procedure, says Attorney General Aishath Azima Shakoor.

In a letter sent to Speaker of Majlis Abdullah Shahid today, the Attorney General said that while the Report of CoNI has been sent to the Speaker and four Committees of the Majlis, the Majlis has not made any decision as to how it should take action in the matter. Hence, the AG says, no Committee of the Majlis has authority to follow a particular course of action with regards to the Report.

“As of now, the Committees have legal responsibility only as stipulated in the Majlis Rules of Procedure, and those Committees do not have the authority to follow another course of action”, read the letter by the AG.

The AG also stressed that the authority conferred upon Majlis Committees to summon anyone to their sessions to question and seek information should be used in accordance with the Constitution, laws, and the Rules of Procedure followed at the Majlis.

The AG also said that individuals should only be called upon to the Committees of the Majlis in a way that protects and takes due regard of the rights and privileges given to them and to various state institutions by the laws of the land.