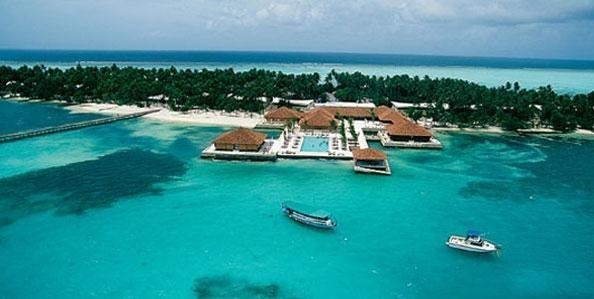 The Anti-Corruption Commission (ACC) has said that it is investigating a case on Club Faru (Kaafu Farukolhufushi) Resort, which has been taken over by Tourism Ministry and is currently being managed by Maldives Tourism Development Corporation (MTDC).

President of ACC Hassan Luthfy told Sun Online today in an interview that no case had been filed to the commission in writing in relation to Club Faru, but they are nonetheless investigating the case because complaints had been received from various groups in relation to the resort.

He said that the case presently under investigation states that the employees of the resort were hired without making the necessary announcements, as MTDC is using the resort’s existing employees after the Tourism Ministry decided to temporarily hand over the management of the resort to MTDC.

“The major complaint we have received is that the government operates the resort using its previous employees, and that they were given employment without making the necessary announcements. These kinds of complaints, we are looking into them,” he said.

Tourism Minister Ahmed Adheeb said earlier that Club Faru was handed over to MTDC because the resort needs to be operational for some time to come, and because MTDC is the government tourism company.

“Currently there are tourists in the resort so it has to have a management and needs to function. The government company that can do this is MTDC. That’s why we handed it over to them,” said Adheeb.

The previous management of the resort had opposed to hand the resort over to the government and filed a case in Civil Court. The case however, always concluded in the government’s favour. Civil Court had issued a ruling that there is no room for the court to issue an order against the government ordering them to stop their efforts to take over the resort.

Nearly 7,000 students will attend the university during first term: University