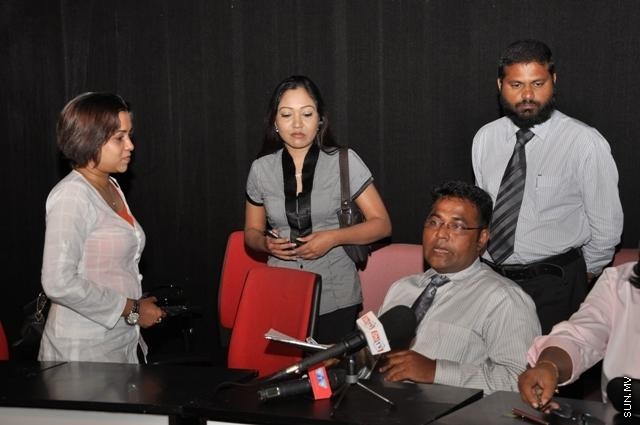 Maldives Broadcasting Corporation (MBC), which manages Television Maldives (TVM) and Voice of Maldives (VOM), has said that it will propose to the parliament to increase the salaries of its members again this year. This request was made by the corporation last year as well.

MBC Chairman Ibrahim Umar Manik said in an interview to Sun Online that the corporation is accountable to the Parliament Independent Institutions Committee, and that a request will be made from this committee to increase salaries for members of the corporation. He said that the request would not be to increase the salaries to the same level as the salaries of full time commission members and independent institutions members.

“We are not necessarily demanding that the salaries are the same level as independent institutions and commission member salaries. We informed the Public Accounts Committee of the difficulties we face because we are not allowed to be employed elsewhere, and requested that our salaries be increased. We sent this in writing, and they did not think it was necessary to do this [increase salaries]. But we will request again,” Manik said.

The law on MBC prohibits members from being employed anywhere other than MBC, and their salary is MVR10,000. The salary of part-time MIRA Board Members was increased from MVR10,500 to MVR15,500 following the salary structure passed by the Parliament last year. However, the salary of oversight body of all media, Maldives Media Council’s Board Members, is MVR5,000.

MBC Chairman noted the difference in salaries, and said that the law on public broadcasters prohibits MBC Members from finding employment at any of the three state powers, being part of the civil service, holding elected posts, or holding any other post in the broadcasting sector. He said that with this obstruction to other employment and inadequate salaries, it is likely that MBC Board Member posts are taken up by incapable people.

“The law states that the corporation should be free of all political and financial influence and influence of affluent persons. Only then can the corporation be independent. It is not wrong that the legislation states that… what we hear from people now contradicts this. Chances are increased of not being able to recruit qualified people for this,” he said.

Will propose amendment to allow registration of parties with 5,000 members: Mahloof