Budget will not last till the end of next year: Jihad 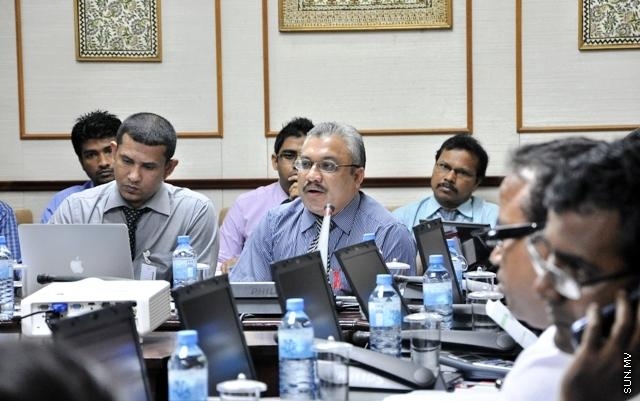 Finance Minister Abdulla Jihad has said that the parliament approved MVR 15.3 billion budget might not last until the end of the year and that a supplementary budget might have to be introduced sometime next year.

The parliament budget committee had reduced the budget from MVR 16.9 billion to MVR 15.3 billion.

Talking about the budget, Finance Minister Abdulla Jihad told Sun Online that the services that have to be provided by the government have been doubled and that it will become difficult for the government to manage the budget, and more money will be needed at some point during the coming year.

Jihad said that the government will face certain difficulties due to some amendments brought to budget by the parliament and that the State has been forced to reduce spending to the amount which is absolutely necessary. He also said that they have commenced talks with the offices to reduce their budgets.

“We don’t have any other choice. Due to the amendments brought in areas which were planned for further revenue generation, we have to reduce the expenses. Things will settle down a bit then,” said the Minister.

The committee first tried to reduce the budget to MVR 14.5 billion. The government then challenged the reduction and the committee had decided to reduce it to MVR 15.3 million. The budget report states that some of the areas in which the budget has been reduced include overtime allowance, materials used in offices, some goods used to provide services.

The Finance Minister had said earlier that education and health sectors will suffer if the budget was reduced and that the parliament has to approve the initially proposed budget if those sectors are to see the needed development. MMA and the Auditor General had both opposed these propositions.