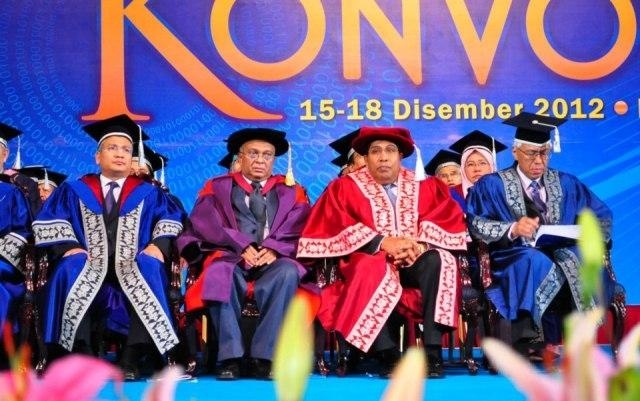 Gasim Ibrahim has been awarded honorary doctorate in entrepreneurship degree by Malaysia’s Open University, in recognition of his services to the education sector in the Maldives.

The degree was presented to Chairman of Villa Group Gasim Ibrahim by Chancellor of Malaysia’s Open University Tun Jeanne Abdullah, at the 13th graduation ceremony of the university held at the Kuala Lumpur World Trade Centre last night.

Tun Jeanne said while speaking after presenting the certificate, that Gasim is a role model for students of entrepreneurship. He noted Gasim’s hard work in educating and training people in the Maldives, and said that the honour was presented to Gasim based on several such factors.

Hoped that Maldives will relook into its decision: Malaysia