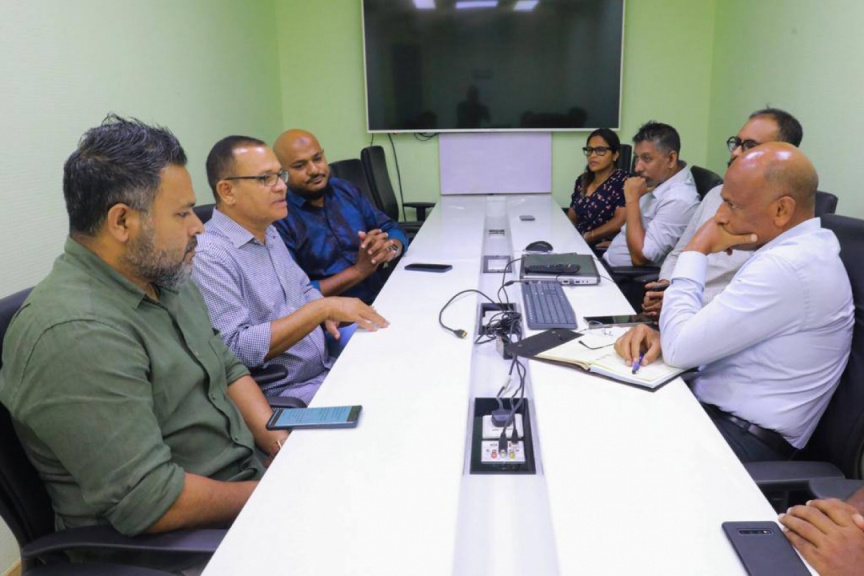 The leadership of the opposition coalition on Tuesday raised their concerns during a meeting held with the Ali Khalid, the Managing Director of Public Service Media (PSM) and other senior officials.

According to the coalition, they shared concerns regarding lack of equal opportunity to broadcast their content from PSM. They also noted that as PSM was a company funded via tax, the inability of bringing transparent content from all sides was was concerning.

In addition to this, discussions were held on the rumors circulating about PSM’s management and board failing to meet the legal requirements.

“We highlighted that  even though there is an opposition candidate, no news on him were broadcasted, as well as now inquiring the opposition stance regarding governments policies and decisions.”

The opposition stated that they called on PSM to fully undertake the imposed by the Constitution.

This was not the first intance the coalition attempted to meet with the leaders of PSM. Back in December also they approached with concerns, but at the time were unable to meet with MD Khalid.

Addressing that, Khalid had said he did not refuse the meeting with opposition, but had to go attend a pre planned appointment. He added that had he been made aware, he would have freed up the time for the meeting.

Moreover, Khalid said that he would work towards resolution, and that the doors were always open for discussions.

Khalid went on to highlight that news on the opposition were covered but for additional coverage of events, the time slots must be bought, and that they would be well aware of this information.

'Not required to respond to the presidential address'

Adhurey: Yameen’s name will be on ballot paper