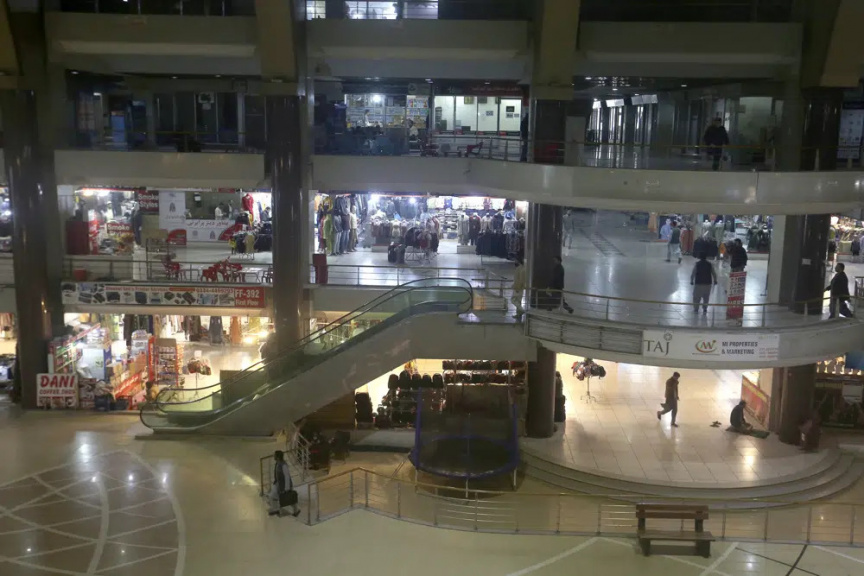 ISLAMABAD (AP) — Pakistani authorities on Wednesday ordered shopping malls and markets to close by 8:30 p.m. as part of a new energy conservation plan aimed at easing the country’s economic crisis.

The move comes amid talks with the International Monetary Fund to soften some conditions on Pakistan’s $6 billion bailout, which the government thinks will cause a further increase in inflation.

Pakistan Defense Minister Khawaja Mohammad Asif and Minister for Power Ghultam Dastghir said on Tuesday that the government decided to shut establishments early as part of the new energy conservation plan approved by the Cabinet. Authorities also ordered wedding halls and restaurants to shut at 10 p.m.

The measures are designed to save energy and curtail the costs of imported oil, for which Pakistan spends $3 billion annually and which is used to generate most of Pakistan’s electricity.

Representatives of shopping malls, restaurants and shop owners want the government to reverse the decision. Many Pakistanis do their shopping and dine at restaurants as late as midnight.

Business leaders say the new measures will have a negative impact on their establishments, which suffered during the pandemic under government-imposed lockdowns to contain the spread of the coronavirus.

The IMF released the last crucial tranche of $1.1 billion to the cash-strapped country in August and since then, talks between the two parties have stalled.

Pakistan says last summer’s devastating floods caused up to $40 billion in damages, making it difficult for the government to comply with some of the IMF’s conditions, including increases in the price of gas and electricity and new taxes.

Also Wednesday, Finance Minister Ishaq Dar lashed out at former Prime Minister Imran Khan, accusing him of “raising a false alarm” by claiming that Pakistan could default on its foreign debt obligations.

Khan was ousted in a no-confidence vote in the parliament in April 2021. Dar said that under the new government of Premier Shahbaz Sharif, Pakistan has “brought back from the brink of default.”

Pakistan is also grappling with an uptick in militant violence since November, when the Pakistani Taliban — known as Tehreek-e-Taliban Pakistan or TTP — unilaterally ended a monthslong cease-fire with the government.

At a news conference Wednesday, Interior Minister Rana Sanaullah Khan sought to assure the nation that the security forces are countering the threat of the TTP while also trying to bring the militant group to the negotiating table. He said the Pakistani Taliban would first have to lay down their arms.

The TTP on Wednesday claimed responsibility for the killing of two intelligence officers in a gun attack outside in the eastern Punjab province the previous day. The Pakistani Taliban are separate but allied with the Afghan Taliban, who seized power in neighboring Afghanistan last year as U.S. and NATO troops withdrew after 20 years of war.

Indian held for unruly behavior with woman on flight