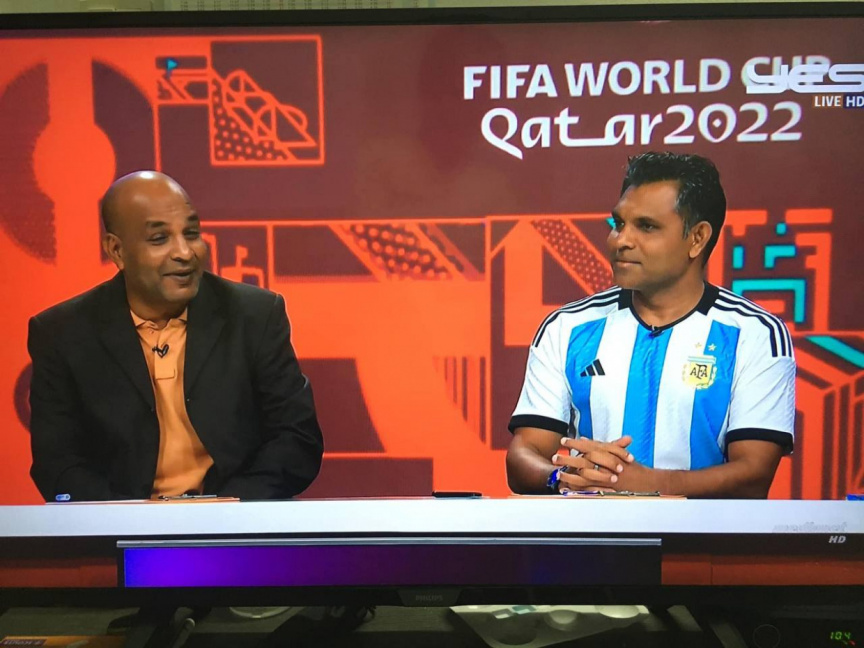 Vice President Faisal Naseem has remarked that he most wishes to see Saudi Arabia and Argentina play in the finals of the ongoing FIFA World Cup Qatar 2022.

He made the remark after the match between Argentina and Mexico last night, during a broadcast of Yes TV’s World Cup Preshow. This marks the first time a Maldivian vice president has appeared on such a show.

In last night’s broadcast, VP Faisal recalled how he became interested in football. He also underscored some of the reasons why he is an Argentina fan.

Nevertheless, VP Faisal revealed that he supported Saudi Arabia in the earlier match between Argentina and Saudi Arabia, including his reasons.

He added that he wishes to see Argentina and Saudi Arabia duel in the final of the World Cup, and ultimately to see Saudi Arabia win, despite being an Argentina fan.

“I will be in this jersey (Argentina’s jersey) that day too, but I will wish for Saudi to win,” he had said.

VP Faisal also shared his daily schedule during the World Cup season. In this regard, he detailed immersion in football after office hours, alongside family and friends.

He also recalled the 1980s football scene. During that time, he was also deeply involved in social and political services.

VP Faisal gave a special interview to Sun regarding the World Cup.