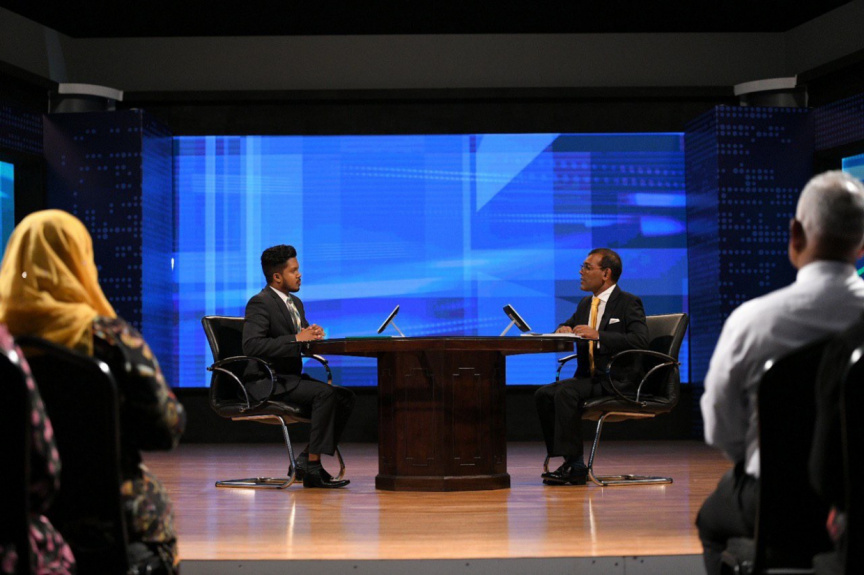 Parliament Speaker, former President Mohamed Nasheed is set to appear live on the fifth episode of the ‘Ask Speaker’ program next month.

‘Ask Speaker’ program offers the public a chance for a live Q&A session with the Speaker.

Parliament states the fifth episode is scheduled 14:15 pm on December 1, at the fourth floor of the People’s Majlis building.

Parliament has asked for interested individuals to submit text or video questions to Parliament’s Media Section hotline at +960 7234566 via SMS, Viber, Telegram, or Whatsapp, or use the hashtag #AskSpeaker on Twitter and Facebook by 12:00 pm on December 1.

Those who wish to question the Speaker live are also required to submit their names via SMS by 02:00 pm on June 30.

The program will be aired on all local TV channels, and social media.

The last episode of the program aired on July 1.