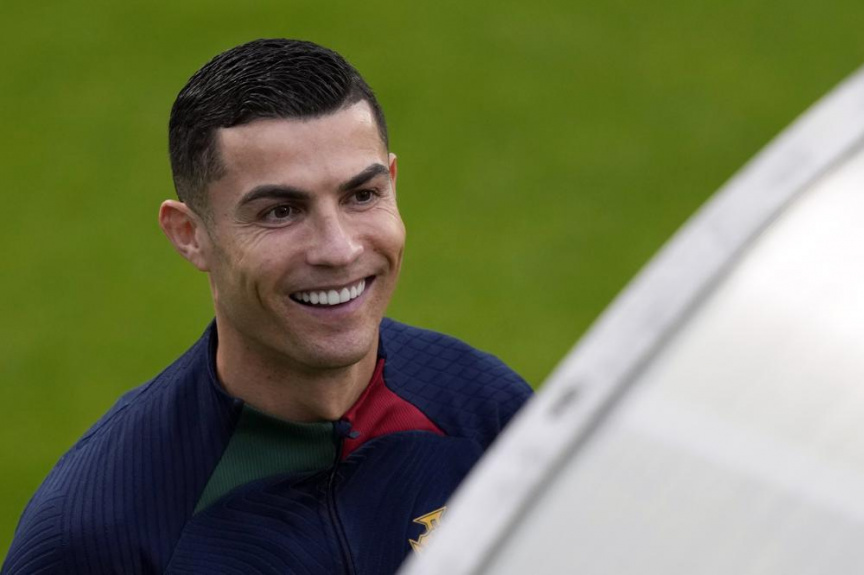 LONDON (AP) — Cristiano Ronaldo detailed his falling out with Manchester United manager Erik ten Hag in the final part of a 90-minute TV interview that aired Thursday, saying he left a game early this season because he felt “provoked” by the coach and accusing the Dutchman of lacking “empathy.”

Ronaldo’s future with United is up in the air after his incendiary interview with Piers Morgan for Britain’s TalkTV, but the Portugal star said he was open to returning to the club after World Cup — even though he acknowledged that a “new chapter” might be best for both sides.

A return seems highly unlikely after Ronaldo harshly criticized senior figures and teammates at the club in the first part of the interview on Wednesday. That trend continued when he tried to explain why he left a Premier League game against Tottenham before the final whistle after Ten Hag asked him to come off the bench for the final three minutes of the game.

Ronaldo said he felt some regret over walking down the tunnel, but that “I felt provoked by the coach.”

“It’s not allowed for me, (for) a coach to put me three minutes in a game,” said Ronaldo, who has won five Ballon d’Or awards as the world’s best player. “I’m sorry. I’m not that kind of player. I know what I can give to the team.”

Ronaldo’s playing time has been limited under Ten Hag, especially in the Premier League, and the 37-year-old forward said “it’s hard when they cut your legs and they don’t like you to shine and they don’t listen to your advice.”

Ronaldo said he could understand Ten Hag’s decision to drop him from the starting lineup at the start of the season after the forward skipped most of United’s preseason preparations, but added that the relationship between the two was also strained because “other things happened that people, they don’t know.”

“I think he don’t respect (me) the way I should deserve,” Ronaldo said. “But it is what it is. That is probably why the game against Tottenham, I left. .... This is why I say I don’t have respect for him, because he don’t show respect for me. This is why we are in that situation. I have to be honest that things are not going well because of that. Because the empathy don’t exist.”

United suspended Ronaldo for three days after the Tottenham incident, with Ten Hag ordering him to train away from the first team and dropping him from the squad for the next game — a punishment that the Portugal star was too harsh.

“I feel very disappointed because, OK, I regret, I apologize, I’m not perfect, I made a mistake,” Ronaldo said. “But suspend me three days, for that, I think it’s too much. And then they make fire for the press, which really disappoints me. ... Don’t tell me that the top players, the guys who won everything, the key players will play three minutes. Come on. This isn’t acceptable.”

Asked whether there was any way he will still be at United after the January transfer window, Ronaldo said “it’s difficult to tell right now” because he’s focused on the World Cup, which starts Sunday.

“Maybe it’s good for Manchester and probably is good for me as well to have a new chapter. Probably. But I don’t know,” said Ronaldo, who also confirmed he rejected an offer worth 350 million euros ($363 million) to join a Saudi Arabian team this summer.

“If I will be back, I will be the same Cristiano,” he continued. “But I hope people will be on my side and let me shine like I did at all the clubs and all years.”

United this week said it had no immediate reaction to the interview: “Our focus remains on preparing for the second half of the season and continuing the momentum, belief and togetherness being built among the players, manager, staff and fans.”

Ronaldo says his dream of winning World Cup has ‘ended’

Ronaldo to leave Man U ‘with immediate effect'

Ronaldo cites ‘heat of moment’ after left off squad

Senegal star Sadio Mané out of WCup after operation