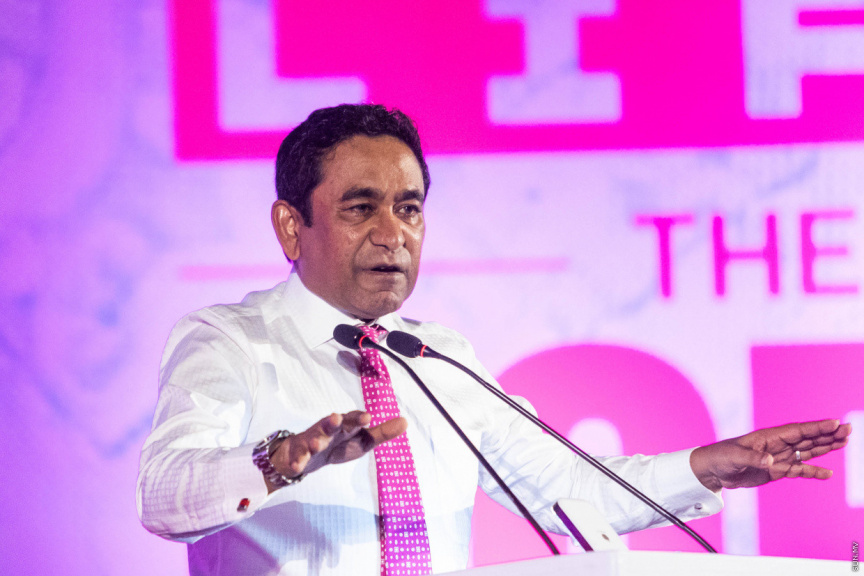 Criminal Court, on Thursday, has decided to accept the new evidence submitted by the prosecution in the money laundering and bribery case against former President Abdulla Yameen Abdul Gayyoom in connection to the sale of V. Aarah for resort development.

The state charged Naeem with giving the bribe.

State prosecutor from the Prosecutor General’s Office’s, in an earlier hearing, stated that the prosecution was forced to submit additional documents into evidence due to the manner some of the witnesses produced by the defense had delivered their testimonies.

In a hearing which commenced at approximately 1:30pm this afternoon – the defense had requested the opportunity to talk regarding newly submitted evidence. However, the request was rejected, in order to discuss previously submitted evidence, as scheduled.

Judge Shakeel, in the last hearing held, instructed both parties to be ready to discuss evidence, in spite of whether a decision has been taken on whether to accept or reject the newly submitted evidence.