Israelis, Palestinians can fly on same flights to World Cup 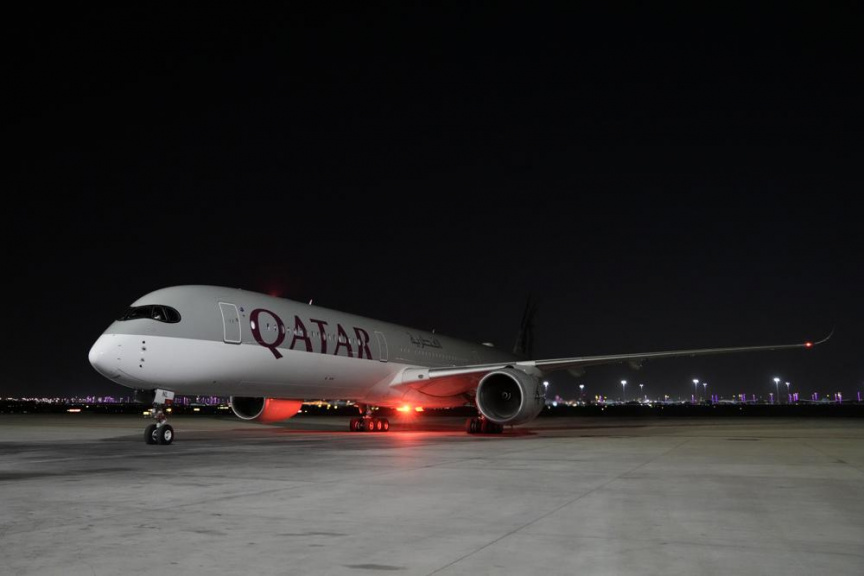 JERUSALEM (AP) — Soccer fans from Israel and the Palestinian territories will be able to fly directly to the FIFA World Cup in Qatar from Tel Aviv for the first time, soccer’s global governing body announced Thursday. The development is a breakthrough agreement for Israel and Qatar — two countries without diplomatic relations.

The charter flights to Doha from Ben Gurion International Airport in Tel Aviv for the tournament starting Nov. 20 will be open to all Palestinians, FIFA said. That includes residents and accredited media workers from the occupied West Bank and the Hamas-ruled Gaza Strip, which has been under a crippling Israeli-Egyptian blockade for 15 years.

Palestinians in the West Bank and Gaza do not have their own airport and must apply for a hard-to-obtain airport permit to use Ben Gurion. Such permits are only approved, if at all, shortly before takeoff.

Israel may still refuse to grant exit permits to residents of blockaded Gaza seeking to fly out of Tel Aviv to attend the World Cup. Such permission is only granted in exceptional circumstances.

Israeli officials had no immediate details on how many flights would take place or how many Palestinians would be allowed to travel. When asked for comment on the arrangement, Ahmad Deek, the director-general of the Palestinian Foreign Ministry, said it was the first he’d heard of it.

Israeli citizens cannot ordinarily fly directly to Doha or enter Qatar on their Israeli passports. Relations have soured since Doha closed an Israeli trade office in 2008 over the Gaza war. Even without diplomatic relations, Qatar helps mediate between Israel and Gaza’s militant Hamas rulers during rounds of conflict.

Washington lauded the development and said it will “benefit Israeli and Palestinian soccer fans alike as a step towards expanding greater freedom of travel for all.”

“The United States congratulates FIFA, Israel, and Qatar on the historic step of opening direct flights between Tel Aviv and Doha for the duration of the World Cup,” said U.S. State Department spokesman Ned Price. “Today’s announcement is a historic development and an important step that also holds great promise to bolster people to people ties and economic relations.”

However, the breakthrough travel arrangement could still fall apart.

The Qatari government said that Doha told Israel that “any escalation in Jerusalem, Gaza or the West Bank during this time will risk the cancellation of the agreement — including the direct flights.”

Violence in the West Bank has surged in recent months as Israel has escalated nightly arrest raids, making 2022 the deadliest in the occupied territory since 2006.

FIFA also announced on Thursday that a temporary consular service would assist Israelis in Doha during the tournament. Some 3,800 Israelis and 8,000 Palestinians have applied for the Hayya card, which acts as an entry visa to Qatar for the soccer tournament.

“Consular services for Israeli citizens will be provided in coordination with the Israeli Ministry of Foreign Affairs through a designated privately operated international travel company based in Doha,” FIFA said.

Israeli Prime Minister Yair Lapid welcomed the agreement as the result “hard work over the course of many months.”

A Qatari government statement said the travel arrangement for Israeli citizens was “part of Qatar’s commitment to FIFA’s hosting requirements and it should not be politicized.”

Israel has previously made inroads into the region in part due to international events. Dubai’s Expo 2020 world’s fair saw Israel participate. The United Arab Emirates and Bahrain normalized relations with Israel two years ago.

To head off criticism, Qatar stressed that “its stance on normalization has not changed” and that the country continues to support the creation of an independent Palestinian state alongside Israel as the solution to the decades-old conflict. There have been no serious peace talks in more than a decade.

“As of late, we have not seen any positive developments in the peace process that would merit a change in our policy,” the Qatari government added.

Qatar consented to welcoming all fans into the country when it started campaigning to host the World Cup, and when it signed contracts with FIFA after winning the vote in December 2010. A similar obligation was made to respect FIFA commercial partners by easing Qatar’s strict limits on the consumption and purchase of alcohol so it could be served at official World Cup sites.

The tournament — the first World Cup to be hosted in the Middle East and an Arab nation — runs from Nov. 20 to Dec. 18.

However, Israeli and Palestinian fans won’t be rooting for their national teams. The Israeli national team, which has not played in Asian qualifying for the World Cup since the 1970s for security reasons, did not advance to the tournament in Qatar from its European group. The Palestinian team was eliminated in a preliminary qualifying group won by Saudi Arabia.

Only fans with match tickets are allowed to enter Qatar until Dec. 2 to ease the demand on a limited supply of accommodation in the tiny emirate when all 32 teams are still playing. Ticketless fans can arrive later, in time for the first knockout round of 16 teams.

Russia: All troops gone from city in southern Ukraine