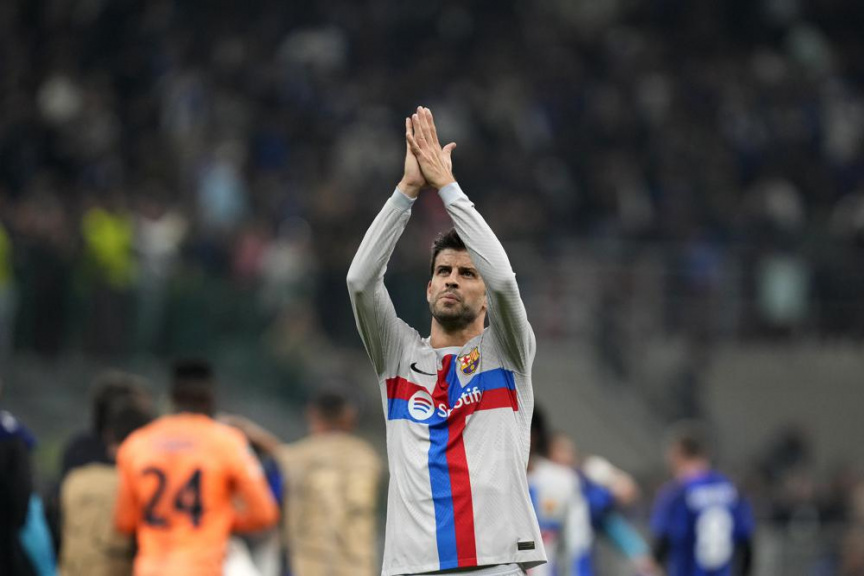 Pique said in a video posted on his Twitter account Thursday that “this Saturday will be my last game at Camp Nou.”

“It is the moment to end this stage of my life,” Pique said. “I always said that after Barcelona there will be no other club, and that is the way it is going to be.”

Pique has played 615 games for Barcelona, scoring 52 goals. In addition to the treble of European Cups, he helped Barcelona win eight Spanish league titles and seven Copa del Rey crowns among other titles.

Pique also helped his country win the 2012 European Championship before retiring from international soccer in 2018.

After being a set starter for most of his career, Pique lost his starting job this season after Barcelona brought in new players at his position of center back.

Pique’s retirement comes after he split up with pop star Shakira, the mother of his two children, this summer.

Considered one of the best at his position at the peak of his career as part of the great Barcelona teams led by Lionel Messi, Pique stood out from other players for his interest in business ventures that he started while still performing on the field.

He has even said he would possibly consider a run at becoming the future president of Barcelona at some point.

Pique came up through Barcelona’s youth academy, playing along with Messi as a teenager, before he left for Manchester United. He returned to Barcelona in 2008 under coach Pep Guardiola and immediately blossomed as a skilled defender thanks to his smarts, passing skills and leadership.

FIFA urges WCup teams to focus on soccer over politics