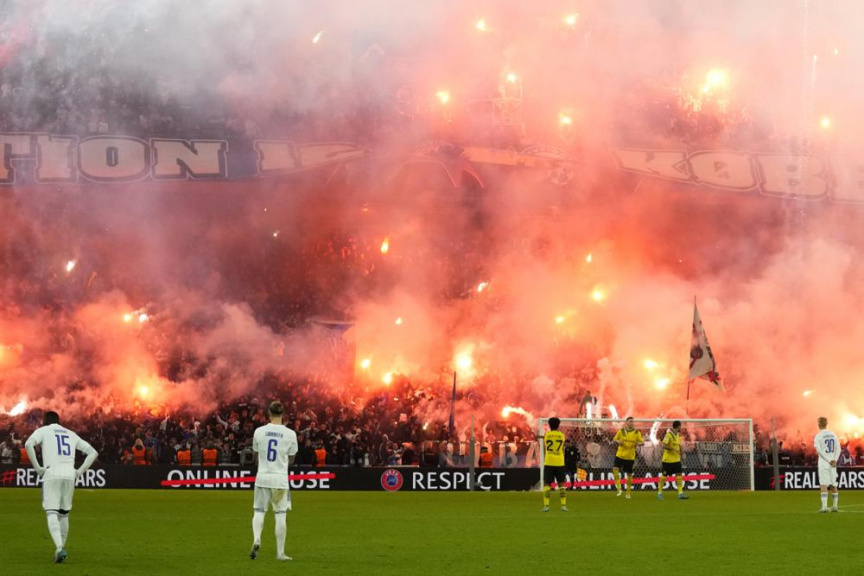 COPENHAGEN, Denmark (AP) — The Champions League campaign is over for Copenhagen and its players. At least now they’ve scored a goal.

The 1-1 draw between the Danish champion and Borussia Dortmund on Wednesday meant nothing to the standings since Dortmund was assured of second in Group G, and Copenhagen fourth, but it offered one last chance for the hosts to avoid an unwanted record.

After failing to score in its first five games — including creditable 0-0 draws with Manchester City and Sevilla — Copenhagen was in danger of becoming only the fourth team in Champions League history to be eliminated without scoring in a completed group stage. The last was Dinamo Zagreb in 2016-17.

Dortmund coach Edin Terzic rotated some of his key players out of the starting lineup and left Jude Bellingham as an unused substitute, but the German team still took the lead in the 23rd minute when Thorgan Hazard controlled a cross at the far post and volleyed it in.

The game was halted when a person in a “Boycott Qatar” shirt kneeled in the center circle in a protest ahead of the upcoming World Cup.

Nineteen-year-old Hákon Arnar Haraldsson finally got Copenhagen on the scoreboard in the 41st, hitting a powerful low shot to finish off an incisive team move on the counter on the left flank.

Terzic signaled Dortmund might ease off when he substituted captain Mats Hummels and goalkeeper Gregor Kobel at halftime, but Dortmund kept chasing a win. Another substitute, 17-year-old Youssoufa Moukoko, hit the post shortly after coming on with less than half an hour to play. Rasmus Falk blasted a shot wide in the 90th as Copenhagen aimed to win.

City beat Sevilla 3-1 in the other game in the group.