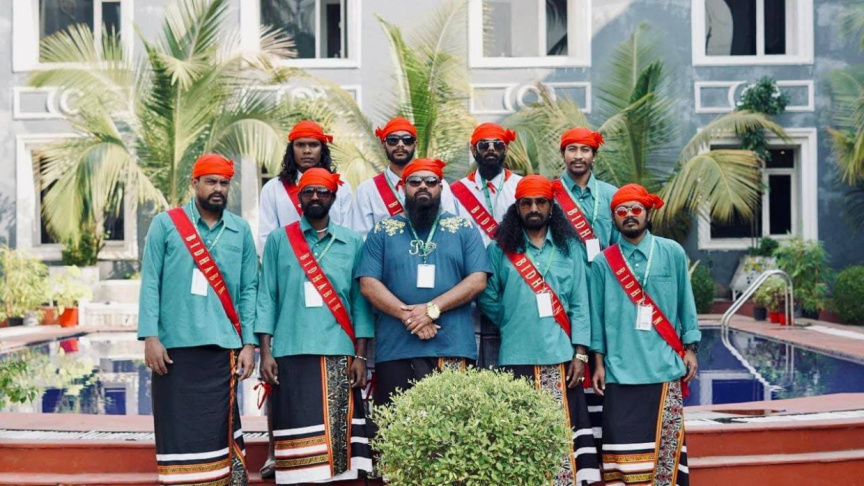 A ten-man team from the popular Maldivian Boduberu group Bidhabin are in India to perform in the National Tribal Dance Festival.

The festival is taking place in Raipur, Chhattisgarh, from Tuesday-Saturday.

Performers from Bidhabin met with the Indian High Commissioner in Maldives Munu Mahawar prior to their departure to India. The meeting was also attended by Indian Cultural Center (ICC)’s Director and First Secretary Dr. Syed Tanveer Nasreen.

“We will perform some cultural dances like maafathi and maakoani,” he said.

Aakko said Bidhabin is familiar with Bollywood songs and have a surprise in store for fans.

“We are very excited to perform here. It’s a great honor for us to take part in this festival,” he said.

Bidhabin is one of the most popular Boduberu groups in Maldives, and performs in Male’, other islands and resorts.

The National Tribal Dance Festival is an annual event that celebrates the vibrancy of tribal culture. This year’s festival is expected to see performances from over 1,500 local and international artists.

Artists from other countries performing in the festival include Mozambique, Mongolia, Tongo, Russia, Indonesia, Serbia, New Zealand, and Egypt.