Madrid held by Girona in Spanish league in another setback 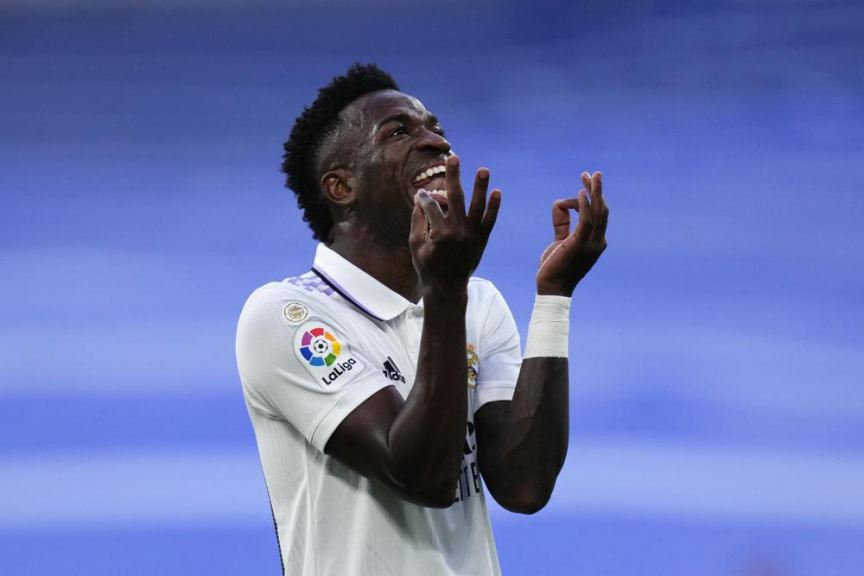 MADRID (AP) — Real Madrid is suddenly showing some signs of weakness after a great start to the season.

Madrid was held by Girona to a 1-1 draw at home on Sunday in the Spanish league to follow up its first loss of the season in all competitions.

Madrid was coming off a 3-2 defeat at Leipzig on Tuesday in the Champions League which ended its unbeaten run.

Going into Sunday’s game, Madrid had won 10 of its first 11 Spanish league matches, with a 1-1 home draw against Osasuna in the seventh round.

It had previously not gone two consecutive games without a win.

“It was a good effort, though we didn’t show great quality,” Madrid coach Carlo Ancelotti said. “The team was a bit tired.”

The result cuts Madrid’s lead to one point over Barcelona, which won 1-0 at Valencia on Saturday for its 10th win in 12 league matches.

Third-place Atlético Madrid, which lost 3-2 at Cádiz on Saturday, is nine points behind Madrid.

“We couldn’t get the victory and now we need to try to fix what went wrong and move on,” Madrid defender Dani Carvajal said. “We are still at the top and most teams would be happy to be where we are.”

Girona, promoted this season, had one draw and four losses in its five away games in the league this season ahead of facing Madrid. It hasn’t won in seven consecutive league matches and sits just outside the relegation zone.

Madrid forward Vinícius Júnior opened the scoring from close range after a cross by Federico Valverde in the 70th minute at the Santiago Bernabéu Stadium.

Girona equalized with a penalty kick converted by Cristhian Stuani in the 80th after video review determined a handball by Marco Asensio inside the area. The call drew a lot of criticism from Ancelotti.

Madrid also complained after forward Rodrygo scored what could have been the winning goal in the 89th but the referee saw a foul by the Brazilian as he tried to kick the ball while it was in control by Paulo Gazzaniga, who was making his second start with Girona.

Gazzaniga had already made a spectacular save following a shot from Asensio when Madrid was leading 1-0.

“That could have changed the outcome of the match,” Ancelotti said.

Madrid midfielder Toni Kroos was sent off with a second yellow card in stoppage time.

Both teams hit the woodwork in the first half.

Madrid was without Ballon d’Or winner Karim Benzema, who missed his third straight game because of muscle fatigue. Ancelotti said Benzema was not feeling fit enough to return to the squad this weekend. The coach also couldn’t count on midfielder Aurélien Tchouaméni because of a muscle ailment.

Madrid needs a victory against last-place Celtic on Wednesday to guarantee first place in Group F of the Champions League.

Madrid is the defending champion both in the Spanish league and in the Champions League.

It was the second straight league loss for Sociedad after a five-match winning run. The Basque Country club dropped to fifth place.

Iñaki Williams scored a 59th-minute winner for Ernesto Valverde’s Athletic, which is in sixth place.

Seventh-place Osasuna cruised to a 2-0 home win over Valladolid with Chimy Ávila and Moi Gómez each scoring in the first 20 minutes.

It was the second win in three matches for Osasuna.

Valladolid, which had won two in a row, stayed in 11th place.