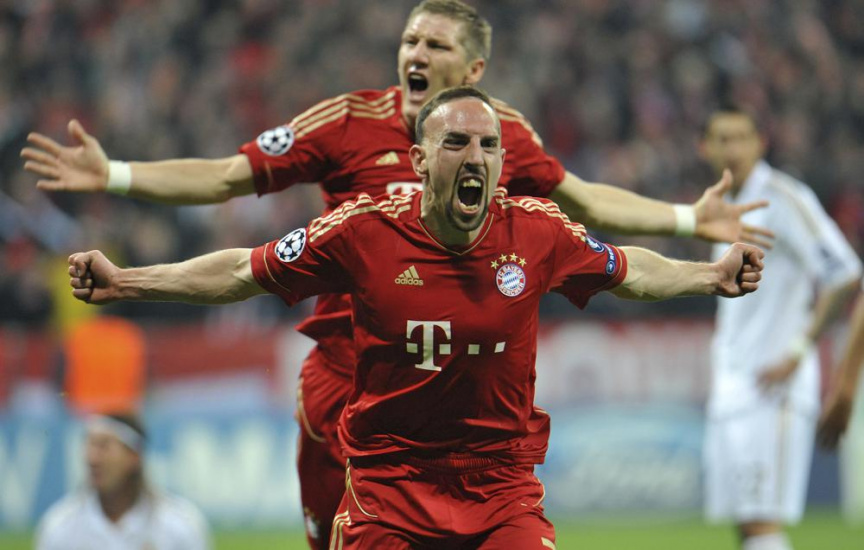 The 39-year-old Ribéry, who played for France in the 2006 World Cup final and won the Champions League with Bayern Munich in 2013, announced the decision in a video posted on social media, where the Salernitana player also thanked his family and fans.

“The fact that I was able to play at a high level for almost 20 years and to have this career is also because, even in difficult times, you were always there,” Ribéry said. “You have given me the strength to live this incredible adventure.

“But today, despite the efforts I have made over the last three months, the pain in my knee has only worsened and the doctors are clear: I have no choice but to stop playing. So I have to end my career as a professional player.”

Ribéry played for clubs including Marseille and Fiorentina, but his most successful period was at Bayern Munich where he won nine Bundesliga titles, six German Cups and the Champions League during a 12-year spell with the German club.

He scored 124 goals in 425 appearances for Bayern and the club made a series of posts on social media after he announced his retirement, referring to him as a legend.

One was a photo of Ribéry surrounded by the trophies he won at Bayern and the words: “One of the best players in our history has called time on his amazing career. Thanks for everything.”

Ribéry also made 81 appearances for France, scoring 16 times. He played in the defeat to Italy in the 2006 World Cup final.

Ribéry left Bayern on a free transfer in 2019 and played for Fiorentina for two seasons before joining Salernitana last year.

Ribéry made regular appearances for Salernitana last season but played just twice in the new campaign before being injured again.

Salernitana confirmed it has mutually agreed to end the winger’s playing contract but added that Ribéry will continue in another role at the club. He will bid farewell to the fans before Saturday’s Serie A match against Spezia.

Salernitana coach Davide Nicola said Ribéry will be part of his staff, while it is likely that he’ll also work on his coaching licenses.

“I miss it already. The ball, the pitch, the stadiums, you fans. And yet I know that I will always be close to it all. Also in the future. Football and me. That simply belongs together. And always will.”