Ronaldo cites ‘heat of moment’ after left off United squad 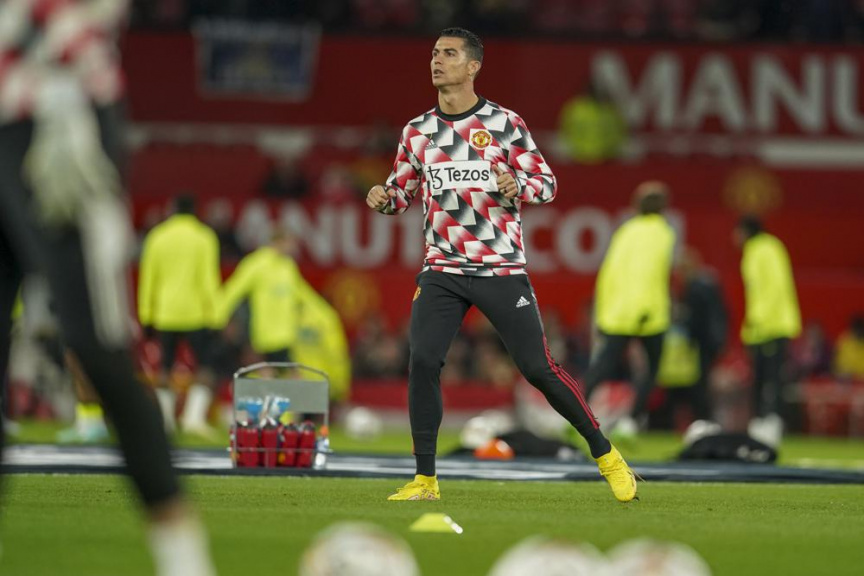 MANCHESTER, England (AP) — Cristiano Ronaldo suggested the “heat of the moment” got to him when walking out on Manchester United’s 2-0 win against Tottenham.

The Portugal international responded Thursday after being omitted from United’s squad for a match against Chelsea on Saturday and made to train away from the first team.

“I’ve always tried to set the example myself for the youngsters that grew in all the teams that I’ve represented,” Ronaldo wrote on Instagram. “Unfortunately that’s not always possible and sometimes the heat of the moment (gets) the best of us.”

United confirmed the 37-year-old striker would be left out of the Premier League game at Stamford Bridge after manager Erik ten Hag said he would “deal with” the player for heading off to the changing room before the final whistle against Spurs.

“Cristiano will not be part of the Manchester United squad for this Saturday’s game against Chelsea,” United said in a statement Thursday. “The rest of the squad is fully focused on preparing for that fixture.”

Ronaldo will train away from the first team until after the Chelsea match, with United saying it fully backs the decision made by Ten Hag.

United would not comment on reports Ronaldo refused to come on as a late substitute. The manager has a regularly scheduled pre-game press conference Friday.

Ronaldo did not make specific reference to his actions, but appeared remorseful in his public statement.

“Giving in to the pressure is not an option,” he wrote. “It never was. This is Manchester United, and united we must stand.”

Ronaldo also wrote that he’s always respected his teammates, opponents and coaches during his long career, and that “respect has always played a very important role in my decision making process.”

Ten Hag has proved himself a strict disciplinarian in his short time at United — canceling his team’s day off after the 4-0 defeat to Brentford in August, while he was also critical of Ronaldo and other players for leaving a preseason friendly against Rayo Vallecano early in July.

Ronaldo says his dream of winning World Cup has ‘ended’

Ronaldo to leave Man U ‘with immediate effect'