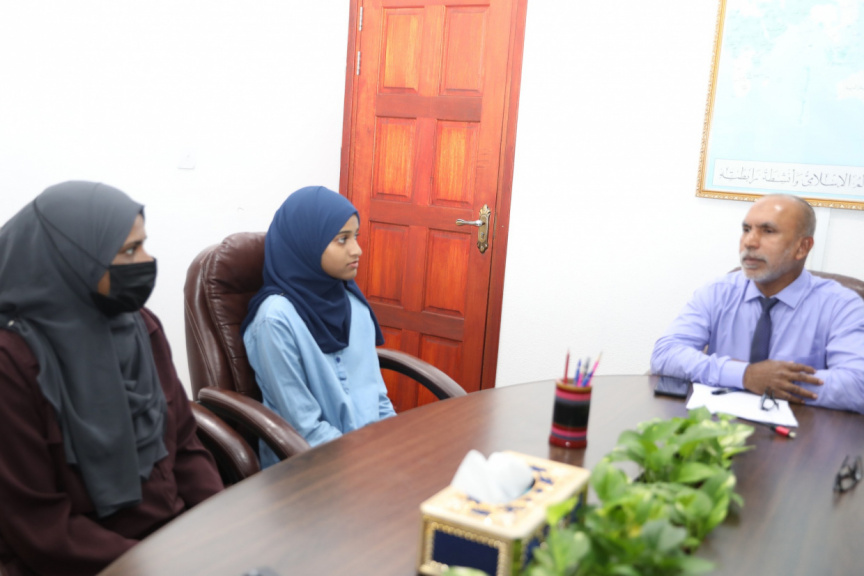 A student from Kalaafaanu School is representing Maldives in the International Al-Quran Recital and Memorizing Assembly in Malaysia.

Islamic Ministry announced in a statement that Aishath Leesh Auraf Farooq, 15, has already left for Malaysia to take part in the competition.

Prior to her departure, she met with the Islamic Minister Dr. Ahmed Zahir who wished her the best of luck.

The International Al-Quran Recital and Memorizing Assembly is being held from October 17-22.

She is also the youngest participant at the competition.

Maldives has been participating in the competition for the last 20 years.

According to the Center for Holy Quran, students from Maldives have placed in the top 10 and the top five in the competition over the years.