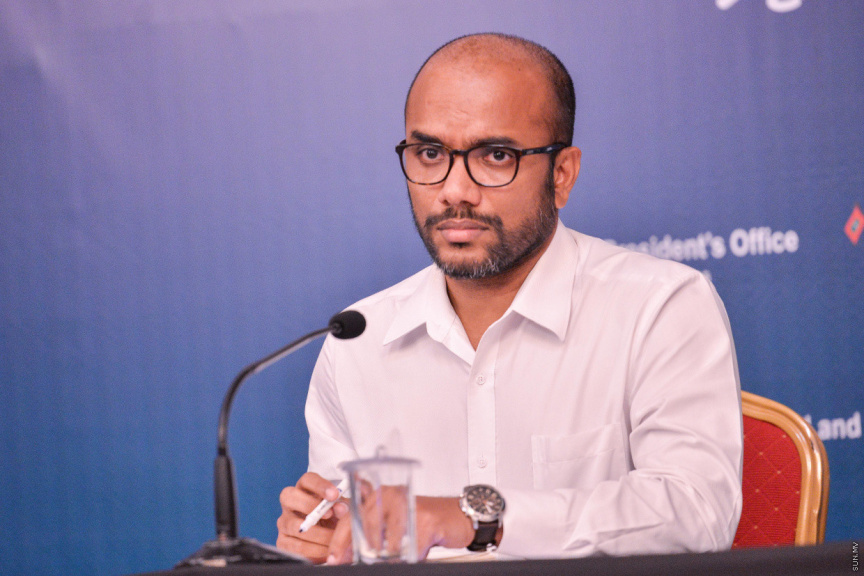 Minister of Finance and Treasury Ibrahim Ameer on Monday said that work was ongoing to recover state funds lost in connection to the corruption in the award of a government contract to procure ventilators for COVID-19 patients, as well as other similar cases.

He made this remark at the Parliament during his response to a question asked by Maafannu North MP Imthiyaz Fahmy.

In his question, MP Imthiyaz asked whether the government received the MVR 30 million from the ventilator corruption scandal. He also questioned whether work was being done to gain funds from other similar cases.

Responding to it, Minister Ameer noted that the ventilator corruption case was at the arbitration stages, adding that they were working on the other cases as well.

“The government is working to get those funds. For instance, in the case of the MMPRC corruption, an asset recovery commission was done to retrieve the funds, the task, which was then transferred to ACC, and now the work was being done by ACC with PGO.”

The case was first sent on October 14, 2020, to the Prosecutor General’s Office by Anti-Corruption Commission (ACC) - seeking charges against 11 government officials in connection to the corruption in the award of a government contract to procure ventilators for COVID-19 patients.

This includes the Minister of Health at the time, Abdulla Ameen.

However, the case was sent back due to insufficient investigation and was sent for duty prosecution for the fourth time last June.

The case involves an MVR 34.50 million contract awarded by the Health Ministry to Dubai-based Executors General Trading to procure 75 ventilators in 2020, which the Auditor General’s Office found to have been in breach of Public Finance Regulation.

The Maldivian government served notice for termination of the contract for failure to deliver the ventilators in May 2021.