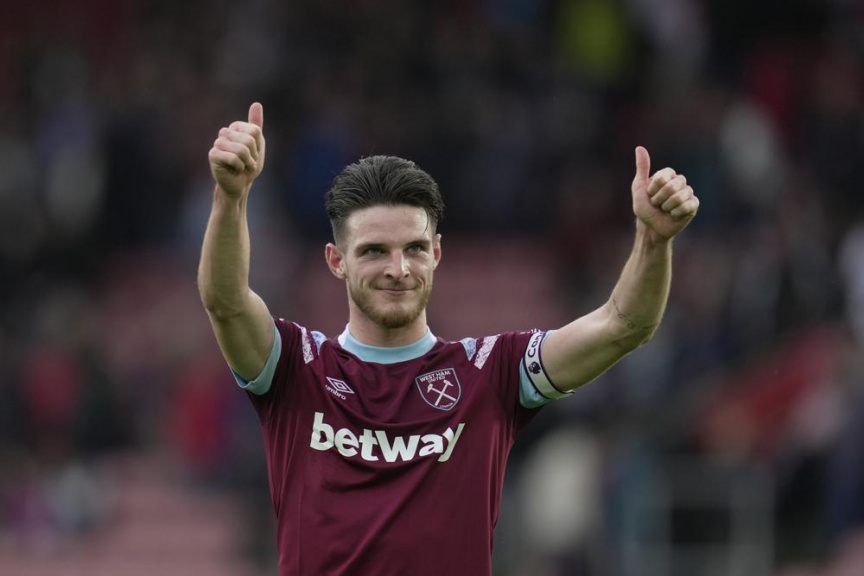 The Saints manager had come under increasing pressure after a run of four straight defeats in the league.

A first Premier League goal from Romain Perraud gave Southampton hope of a victory that would have lifted it out of the bottom three until Rice’s intervention.

The hosts took the lead in the 20th minute when Tomas Soucek sliced an attempted clearance from a throw-in. Referee Peter Bankes got in the way of Jarrod Bowen as he tried to intercept the ball before Perraud hit a low drive which deflected in off Ben Johnson.

West Ham’s equalizer arrived in the 64th courtesy of the Hammers skipper.

Rice played a one-two with substitute Said Benrahma before the England midfielder bent a superb effort past Gavin Bazunu from the corner of the box.

The changes almost paid off but Diallo’s long-range shot flew narrowly over and Lukasz Fabianski saved from Edozie.