The CW’s ‘The Winchesters’ is a ‘Supernatural’ origin story 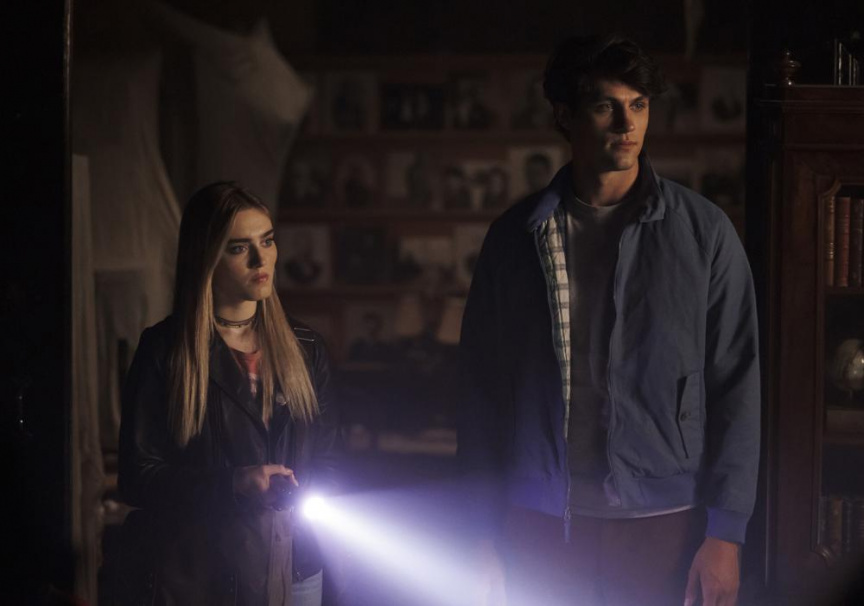 This image released by The CW shows Meg Donnelly, left, and Drake Rodger in a scene from "The Winchesters," a prequel to the long-running series "Supernatural." (Matt Miller/The CW via AP)

When Drake Rodger and Meg Donnelly, stars of the new series “ The Winchesters ” on The CW, attended their first Comic-Con last weekend in New York, they were accompanied by security guards. Rodger recalls noticing one of the guards repeatedly looking at the actor, co-creator, and co-executive producer of “The Winchesters,” Jensen Ackles. Rodger finally asked him, ‘What’s up?’ He was like, ‘Dude, I’m a huge ‘Supernatural’ fan.’”

That security guard is not alone. “Supernatural,” starring Jared Paladecki and Ackles as monster-hunting brothers Sam and Dean Winchester, aired for 15 seasons on The CW. It was a huge hit for the network, spawning comic books, novels, fan fiction, and designated conventions just for the show.

It was also a personal favorite of Mark Pedowitz, former chairman and CEO of The CW, who not only championed “Supernatural” but also greenlit the critically acclaimed shows “Jane the Virgin” and “My Crazy Ex-Girlfriend” and supported producer Greg Berlanti’s creation of a string of DC Comics shows beginning with “Arrow.” Pedowitz left the company earlier this month after Nexstar Media acquired the network.

“The Winchesters,” premiering Tuesday, may be launching without Pedowitz at the helm of The CW, but it still has a built-in “Supernatural” fan base ready and hungry.

“‘Supernatural’ is one of my favorite shows of all time. Of course, I can’t wait for ‘The Winchesters.’ This show has so much to live up to but I’m confident it will be enjoyable to watch,” said Lindsay Warren of Royal Oak, Michigan.

“The Winchesters” is an origin story about Sam and Dean’s parents, Mary and John, (played by Donnelly and Rodger) showing how they met, fell in love, and became a monster-hunting duo whose sons later follow in their footsteps. Ackles also narrates the series.

Rodger and Donnelly spoke with The Associated Press about jumping into the world of “Supernatural.” Answers have been edited for clarity and brevity.

AP: Drake, you were a fan of “Supernatural.” What were your thoughts when you were approached to audition for this show?

RODGER: I was super-excited but also skeptical. I think all fans have a right to be a little nervous anytime something gets created, whether it be a sequel or a prequel or a continuation, or even a new season. So, yeah, I was very, very excited but very nervous. And then after I was informed a little bit more about the creative process, I became super-confident. I thought, “This is really, really cool and there’s a story to tell here.”

AP: It must be helpful to have Jensen involved, who obviously knows the show so well, but also Robbie Thompson, your showrunner, was a writer on “Supernatural.”

DONNELLY: The ‘Supernatural’ family is genuinely such a family. What you see in interviews and at conventions is completely 100% real behind the scenes, too. Even Jared (Padalecki) and Misha Collins, who are not even a part of “The Winchesters,” have reached out and have met us in person. Jeffrey Dean Morgan (who played an older, darker version of John Winchester in “Supernatural”) as well. We just got dinner with him. They are so dedicated to “Supernatural” because of what it did for them and how it made them feel. Everybody is helping us and making sure that we protect the mothership, but also servicing it as well.

AP: Drake, Has anyone ever told you that you resemble both Ackles and Padalecki?

RODGER: I’ve gotten it a lot. And actually, hearing Jensen talk about the pilot, I that one of the things that they considered when they cast me was that I wasn’t playing John Winchester, I was just a mix between Sam and Dean. That’s kind of how I’ve been playing John.

AP: Because this is a prequel leading up to “Supernatural,” could we ever see John and Mary’s sons, a young Sam and Dean?

RODGER: I would hope so. We know where the story’s heading and the gray area that we have to play with is how we get there and when we get there. But there are certain benchmark points — when Dean was born when Sam was born... So, we’re going to hit those things.

AP: Meg, what’s it like knowing your character’s fate?

DONNELLY: It is really interesting because Mary’s whole kind of motivation at least right now, is getting out of hunting because she wants so desperately to live a normal life, go to college, and be a normal kid. It’s kind of heartbreaking for sure because she never really is able to escape it.

AP: Also, at the beginning, John is new to all of this but he gets much get darker and more confident than where we see him in “Supernatural.” Will we see that progression, Drake?

RODGER: The darkness is the one thing that I talked to Robbie Thompson about and we’re on the same page from the get. I was like, “We need to show where this comes from so it makes total sense.” We got to do that way earlier in the series than I thought we were going to be able to so I’m excited for fans to see that.