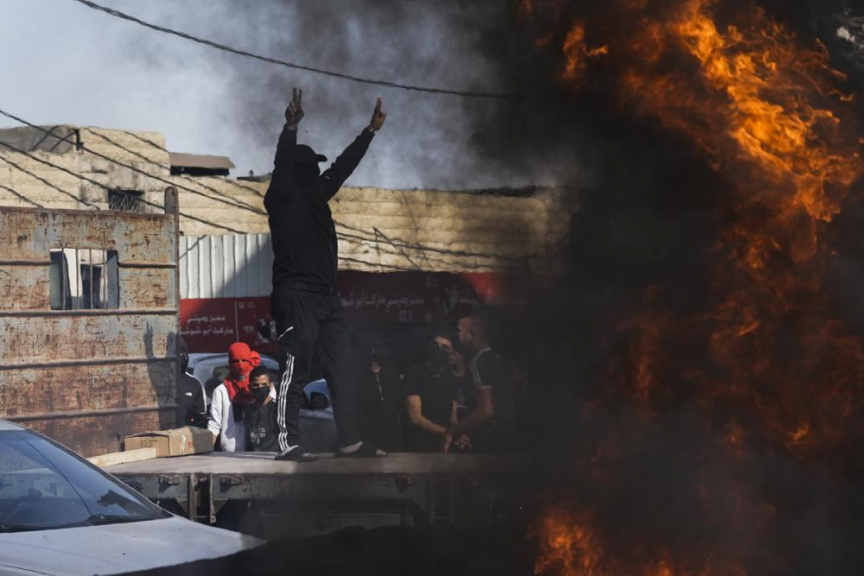 RAMALLAH, West Bank (AP) — A 12-year-old Palestinian boy died Monday after being shot and wounded by Israeli soldiers during a September army raid in a refugee camp in the occupied West Bank, the Palestinian Health Ministry said.

Mahmoud Samoudi was shot in the abdomen on Sept. 28 during an army raid in Jenin, a refugee camp and stronghold of armed Palestinians.

On Monday, the ministry mistakenly reported the boy was wounded during the weekend, but the Israeli military said the incident happened in September and the ministry has since corrected its initial reporting.

During the raid, soldiers entered the camp and surrounded a house. In videos circulated on social media, exchanges of fire could be heard. At the time, Palestinian health officials said two teens, ages 16 and 18, were killed and that 11 people were wounded.

The Israeli army said it was “aware of an allegation regarding injuries to a minor who participated in the violent riots and hurled stones at the security forces.” It said the circumstances surrounding the event are being examined.

Israel has been carrying out nightly arrest raids across the West Bank since a spate of attacks against Israelis in the spring killed 19 people. The army said it had traced some of the perpetrators of those attacks back to Jenin.

Israeli fire has killed more than 100 Palestinians during that time, making it the deadliest year in the occupied territory since 2015.

The Israeli military says the vast majority of those killed were militants or stone-throwers who endangered the soldiers. But several civilians have also been killed during Israel’s months-long operation, including a veteran journalist and a lawyer who apparently drove unwittingly into a battle zone. Local youths who took to the streets in response to the invasion of their neighborhoods have also been killed.

Israel says the arrest raids are meant to dismantle militant networks. The Palestinians say the operations are aimed at strengthening Israel’s 55-year military occupation of territories they want for an independent state.

Also on Monday, Israeli soldiers entered the Shuafat refugee camp and searched homes and shops for a Palestinian suspected in the killing of an Israeli soldier over the weekend. Dozens of camp residents threw stones at the soldiers who fired tear gas.

Saturday night’s shooting happened at a checkpoint near the camp in east Jerusalem. Police said at the time that the assailant got out of a car and opened fire, seriously wounding the female soldier and a security guard before running into the camp. The army announced early Sunday that the woman, who was 19, had died.