Everton come back to win at Southampton in EPL 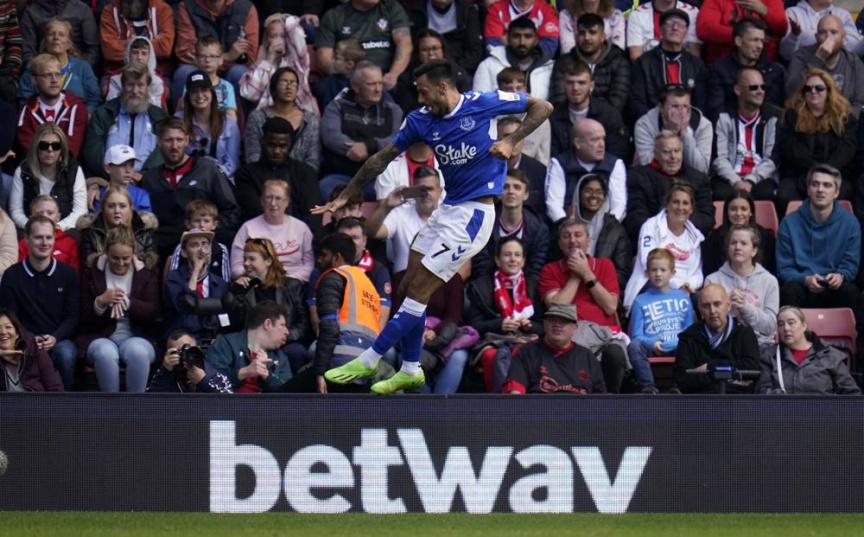 SOUTHAMPTON, England (AP) — Everton scored twice for the first time this season and came from behind at Southampton to win 2-1 in the English Premier League on Saturday.

The Toffees extended their unbeaten run to six matches and provided a rare league success on the road, only the second in this calendar year.

Joe Aribo put the Saints ahead following a lacklustre first half at St Mary’s, but Frank Lampard’s visitors hit back instantly, with Conor Coady and Dwight McNeil scoring in the space of three second-half minutes.

Southampton boss Ralph Hasenhuttl read the riot act to his players after defeat at Aston Villa two weeks ago and as a result made six changes, including full debuts for Juan Larios, Duje Caleta-Car and Ainsley Maitland-Niles.

But after a forgetful first 45 minutes in which Everton largely controlled proceedings, Saints broke the deadlock in the 49th when Che Adams found Aribo inside the area and the ex-Rangers midfielder turned neatly before rifling a shot into the bottom corner.

But the celebrations from the home supporters were cut short when Everton levelled in rapid fashion.

Another Demarai Gray delivery caused problems and Amadou Onana impressively headed his free kick back across goal for Coady to volley in and open his account for the Toffees in the 51st.

The end-to-end nature of the contest continued, with Saints wasting three chances to retake the lead in one passage of play that finished with the visitors going in front. McNeil grabbed his first goal for the club.

Alex Iwobi’s cross was intended for Onana, but he received a shove from Kyle Walker-Peters that allowed the ball to run through for McNeil, who took a touch before drilling the ball high into the roof of the net in the 54th.

Goalkeeper Jordan Pickford was back for Everton after missing England duty in the international break with a thigh injury.