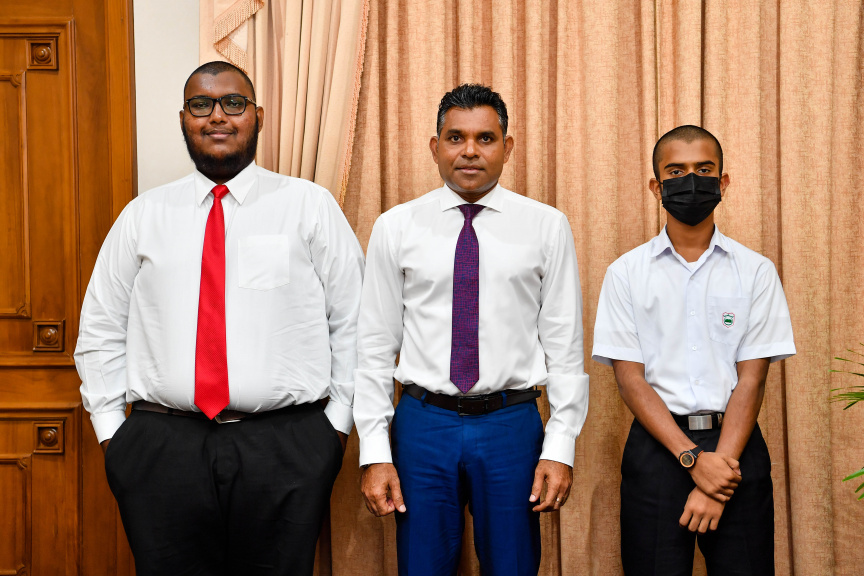 During the meeting held at the President's Office, the parents of the students who competed were also present.

Both Maldivian students who took part in the competition - Ahmed Nabeeh Abdul Qadir and Mohamed Youshau. Ahmed Nabeeh had advanced to the finals.

Speaking with the students, the Vice President praised and applauded them as well as their parents for the tireless efforts, especially noting Nabeeh’s success in the competition.

Furthermore, he said that local students participating in a prestigious Holy Quran competition is an honour and brings goodwill to the nation.

Additionally, he stated that the administration works hard to instil fondness and respect for the Holy Quran in children's hearts, and has been working to find more opportunities for students in the field of the Quran.

The parents who attended the meeting expressed their gratitude to the administration for the assistance and support given to their children.