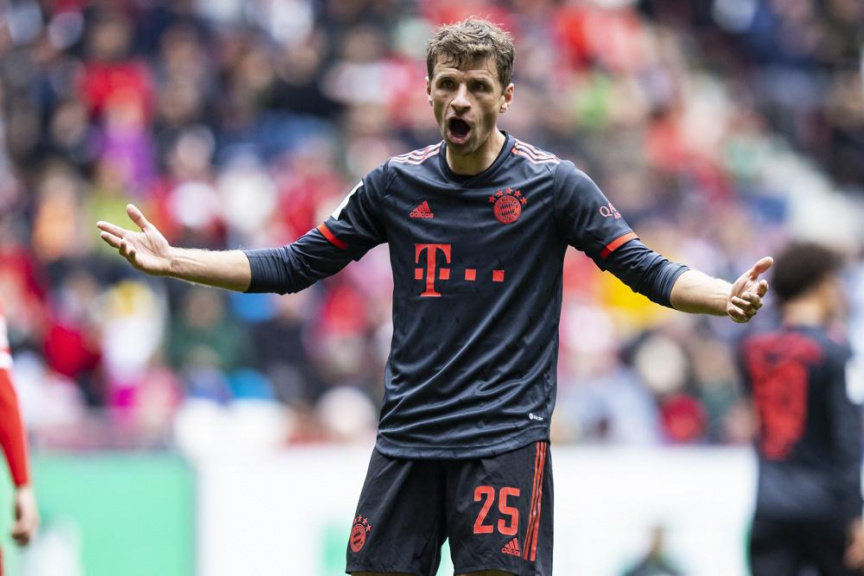 Reus was taken off on a stretcher in tears after sustaining what looks like a bad ankle injury two months before the World Cup begins in Qatar.

On the day Munich’s Oktoberfest opened, Bayern ended its three-game run without a win by losing for the first time this season – at a team that had lost each of its three games at home.

“It’s getting darker. That’s how it feels for all of us right now,” Bayern veteran Thomas Müller said.

The Bavarian powerhouse was held scoreless for the first time in the league since Feb. 9, 2020 by Leipzig – an 87-game run.

Augsburg goalkeeper Rafał Gikiewicz was the hero with brilliant saves to keep Bayern’s stars at bay, but his tireless teammates also chipped in by chasing and harrying the visitors.

Mergim Berisha stunned them by scoring in the 59th minute when he let fly to beat Manuel Neuer for his first Bundesliga goal.

Bayern kept pushing and finished the game with Neuer up front. He headed over from a corner, then Gikiewicz produced more brilliant saves to deny his counterpart again.

Dortmund had to wait till the 79th for Youssoufa Moukoko to make the breakthrough in the first Ruhr derby for two seasons following Schalke’s one-year sojourn in the second division.

Marius Wolf served a perfect cross for the Dortmund substitute to head the winner. The 17-year-old Moukoko came on for the ineffective Anthony Modeste a quarter-hour before.

“The nicest three points we’ll get all season,” said Dortmund coach Edin Terzić, who wouldn’t be drawn on Reus’ condition.

Leipzig coach Marco Rose was given an unwelcome return at former club Borussia Mönchengladbach before his team was outplayed in a 3-0 loss.

Jonas Hofmann scored twice and Ramy Bensebaini chipped in the third as Gladbach dealt Leipzig its third defeat of the season – its first under Rose.

In protest against Rose’s new team, Gladbach fans whistled any time an opposing player had the ball.

They also held a giant banner saying “No acceptance for RB,” referring to Red Bull, the company that financed Leipzig’s rise through the German league system after it founded the club in 2009.

Also, Bayer Leverkusen’s frustrating start to the season continued as Werder Bremen fought back to draw 1-1, and Eintracht Frankfurt enjoyed a 3-1 win at Stuttgart with Japan midfielder Daichi Kamada setting up all three goals.