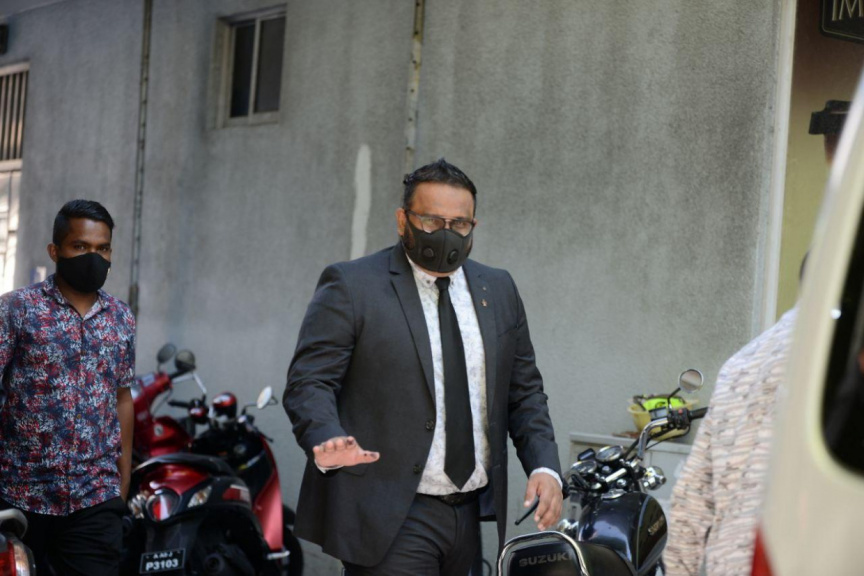 Former Vice President Ahmed Adeeb was summoned to Anti-Corruption Commission (ACC) on Sunday, in connection to a case under investigation by the Commission.

ACC’s Senior Communication Officer Nishan Mohamed Didi confirmed to Sun that Adeeb was indeed summoned to Commission yesterday regarding a case they are investigating. However, the details of the case were not disclosed by Nishan.

Adeeb is suspected of playing a huge role in the MMPRC graft scandal.

Adeeb was found guilty in the case, with Criminal Court sentencing him to eight years in prison. However, with Supreme Court’s order on February 1, 2018, the ruling became ineffective. Following this, Adeeb was freed.

However, after the current administration assumed office, all cases against Adheeb were dropped. The execution of a plea deal followed this, under which seven charges were brought against him. When he pled guilty in court to the charges, he was sentenced to 20 years in prison by the Criminal Court. Nevertheless, he now remains in home confinement.

Adeeb remains a key prosecution witness in the corruption cases against Yameen currently in trial stages.