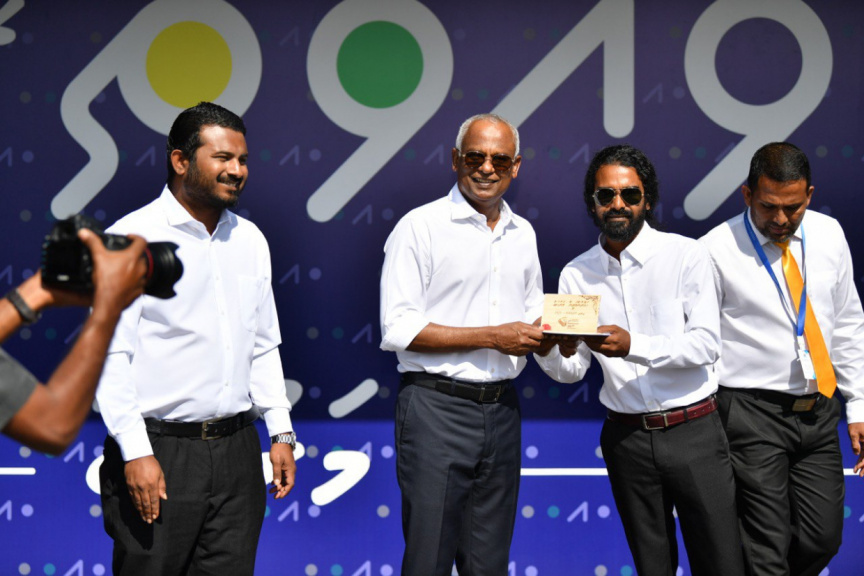 Viavathi Raajj is a conference series hosted by President Solih to strengthen the decentralization system in light of the previous year’s experience of collaborating with relevant stakeholders.

The President is accompanied by state ministers, Parliament members of the southern atolls, policy executives from the President’s Office, and technical experts from various institutions including state-owned enterprises.

Over 270 individuals will be participating in this conference, along with 107 council members and WDC representatives.

The two-day conference will feature four sessions with presentations and discussions on a variety of topics, including gender equality, the formulation of land-use plans, fiscal autonomy of local councils, and social welfare.

The sessions will provide council and WDC members from the southern atolls to directly present their concerns to the President and collaborate on solutions with relevant parties.

A sports festival will be held on Saturday evening in L. Gan prior to the conference as a team-building exercise to foster cooperation among attendees.

President Solih signed the eighth amendment to the Decentralisation Act into law on December 15, 2019, at the first edition of the "Viavathi Raajje" conference, authorizing more fiscal and legal autonomy for local councils.

Attack on Police officers: 2 remanded till end of trial