Relief for Real Madrid as Benzema has minor tendon injury 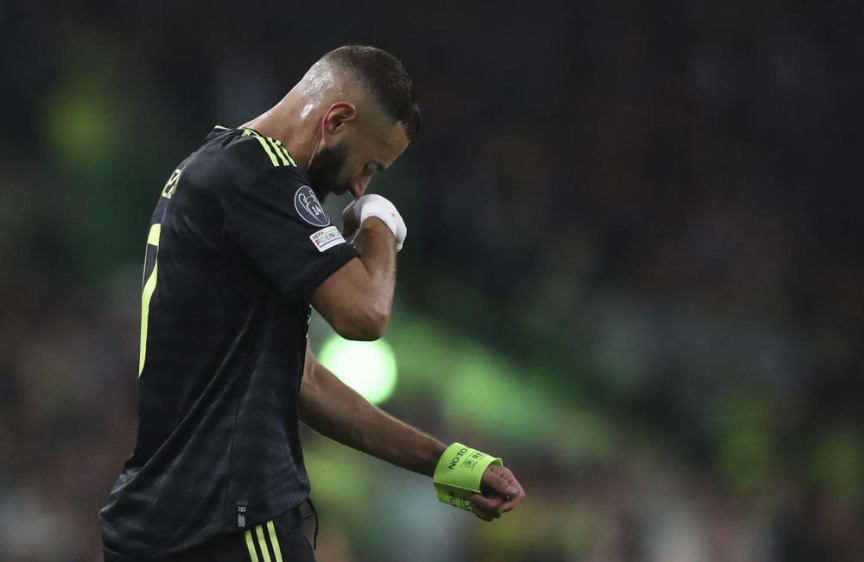 MADRID (AP) — Karim Benzema is not expected to be sidelined for too long as Real Madrid said Wednesday the France striker has a tendon injury and a strained muscle in his right thigh.

Benzema had to be substituted in the 30th minute of Madrid’s 3-0 win at Celtic in the team’s first match in the group stage of the Champions League on Tuesday.

The club said Benzema was diagnosed with “an injury to the semitendinosus tendon and a strain to the quadricep muscle in his right thigh.”

Madrid did not give a timetable for Benzema’s return, saying his recovery will continue to be assessed.

Spanish media said he is expected to be out for a couple of weeks, meaning he is likely to miss the Madrid city derby at Atlético Madrid in the Spanish league on Sept. 18. He should be able to recover in time to join France’s World Cup preparations in the upcoming international break.

Benzema pulled up during a sprint with the ball after helping out the defense in the backfield. He put his hand on his face as he slowly walked off the field after being replaced by Eden Hazard, who scored a goal and helped set up two others.

Madrid coach Carlo Ancelotti had downplayed Benzema’s injury after the match, saying it didn’t appear to be serious.

The 34-year-old Benzema is coming off his best season ever, when he was the leading scorer both in the Champions League and the Spanish league, competitions Madrid won.

He scored 15 goals in the Champions League alone, including some decisive ones in the team’s remarkable run to its record 14th European title.

France star Karim Benzema out for World Cup with injury

Madrid forward Benzema on trial in France for blackmail

Tuchel fired by Chelsea in ruthless call by US owners