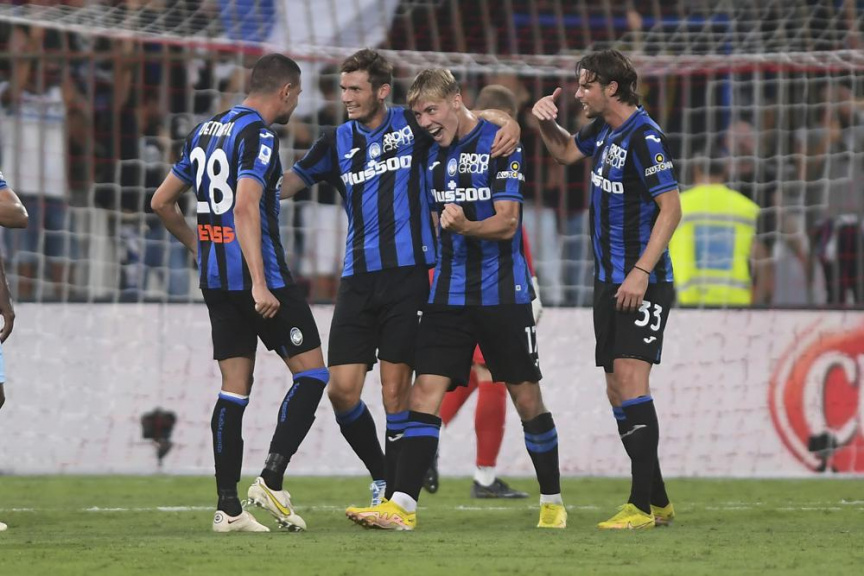 Atalanta's Rasmus Hojlund celebrates after scoring to 1-0 during the Serie A soccer match between Monza and Atalanta, in Monza, Italy, Monday, Sept. 5, 2022. (Claudio GrassiLaPresse via AP)

What’s more, Atalanta did it without its starting forwards Duvan Zapata and Luis Muriel.

The 19-year-old striker Rasmus Højlund put Atalanta ahead near the hour mark after being set up by Ademola Lookman.

Eight minutes later, Lookman appeared to have the tap in but on closer review there was a deflection and the score went down as an own goal from Monza defender Marlon.

After five rounds, Atalanta moved two points ahead of Napoli and defending champion AC Milan, with Udinese, Roma and Torino all three points back.

Monza, making its top-division debut, has lost all five of its matches, leaving coach Giovanni Stroppa at risk of losing his job.

Torino beat Lecce 1-0 with a goal from Nikola Vlasic.

Napoli beats Udinese to go 11 points clear in Serie A