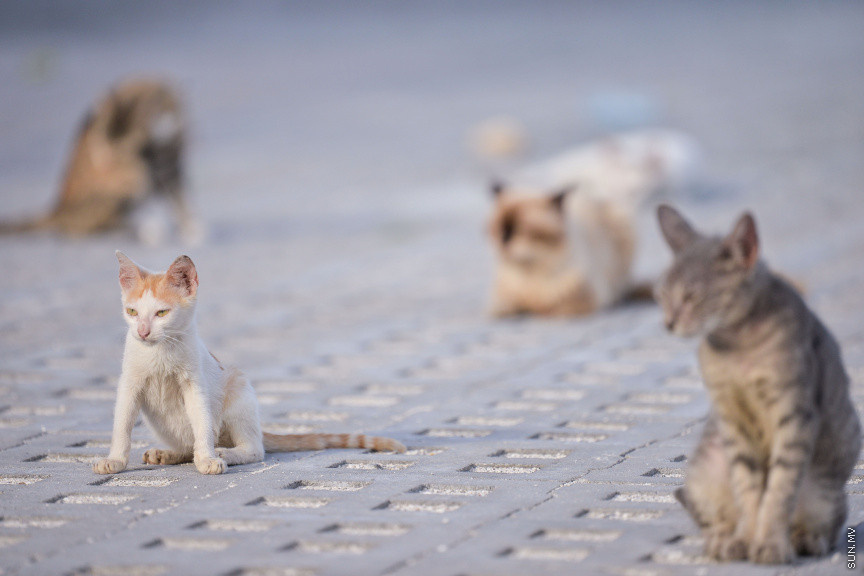 Stray cats in a street in Hulhumale'. (Sun Photo/Fayaz Moosa)

Male’ City Council has made the decision to built a cat shelter and vet clinic at the council’s own expense in suburban Vilimale’.

The decision was made with the vote of 12 out of 13 councilors in a city council meeting on Wednesday. The only opposing vote came from Vilimale’ councilor Nahula Ali.

Commenting on the project, Mayor Dr. Mohamed Muizzu said the increase of stray cats in the streets of Male’ was a huge issue, and one which the council had been receiving numerous complaints regarding.

“We have the capability to spend between approximately MVR 5 million and MVR 8 million on the cat shelter,” he said.

Muizzu said the city council decided against building the cat shelter in Male’ City and chose Vilimale’ instead because the city was so congested and had shortage of land.

Objecting to having the cat shelter and vet clinic in Vilimale’, Nahula said it wasn’t something the majority of the island’s residents supported.

“Vilimale’ previously also had a vet clinic. The residents know very well that experience. Given the huge cost, it must also be considered whether the money is being spent of something the people want, and acting in accordance with the wishes of the people is progress for us,” she said.

The vet clinic in Vilimale’ had been closed the end of last year.

City council had previously opened tender seeking a party interested in building and operating a cat shelter and vet clinic in Hulhumale’. However, the project did not attract sufficient support.

Meanwhile, Housing Development Corporation (HDC) has announced plans to build a cat shelter in Farukolhufushi area of Hulhumale’ Phase II in June last year. However, the shelter has yet to be built.