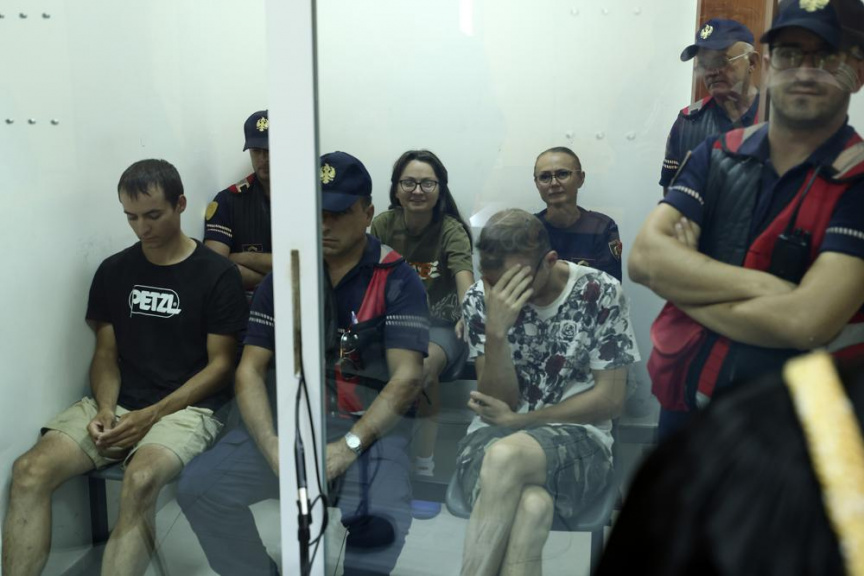 TIRANA, Albania (AP) — An Albanian court on Wednesday ordered two Russians and a Ukrainian to remain in custody while authorities conduct an espionage investigation into the suspects’ activities at a former military weapons manufacturing plant.

Judge Pajtime Fetahu ruled in favor of prosecutors, who requested that the trio be kept in detention over accusations of “securing secret information of military or any other character in order to be supplied to a foreign power, which violates the country’s independence.”

But Fetahu, who presides at a court in Elbasan, 40 kilometers (25 miles) south of Tirana, dropped another more serious charge of actually providing any of the information they collected to a foreign country.

The hearing was held behind closed doors, and no details were given on why the suspects may have been interested in the site.

They were arrested on Saturday inside or near the former military plant in Gramsh, 80 kilometers (50 miles) south of the capital Tirana. The suspects had taken photos of the plant.

Authorities said that Zorin, who had entered the plant, used pepper spray on two military guards trying to capture him. Timofoeva and Alpatov were arrested outside the complex.

Police said they seized their Chevrolet vehicle, two drones, a laptop, cash and other evidence.

The three suspects denied the charge of espionage. It wasn’t immediately clear when a trial would be held. If they are eventually convicted, they face up to 10 years in prison.

The Gramsh military plant opened in 1962 to produce AK-47, or Kalashnikov, rifles and other weapons. It stopped production after the fall of communism in 1990, and began to dismantle the weapons.

The plant is still used to repair other military weapons, but there is no longer any production there.

Local media reported that the three suspects entered Albania from different border entrances and then stayed near the plant. An Ukrainian Embassy official, who was present at the hearing, said the Ukrainian suspect was innocent, claiming that Alpatov only served as the Russians’ driver.

Albania, a NATO member since 2009, has harshly denounced Russia’s invasion of Ukraine and has implemented all of the sanctions against Moscow by the European Union and the United States.