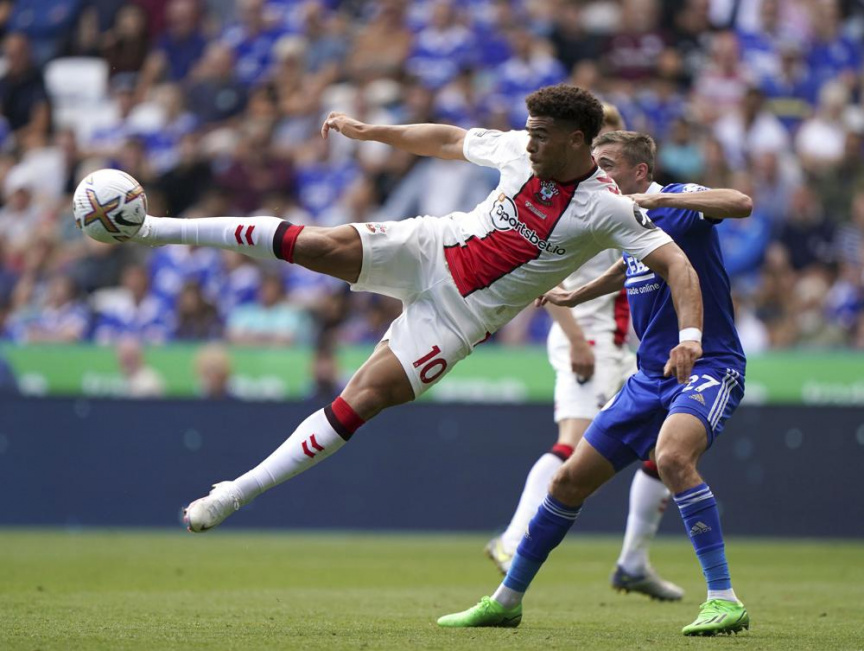 LEICESTER, England (AP) — Without the dropped Wesley Fofana, Leicester threw away the lead to lose 2-1 at home to Southampton in the Premier League as its tough start to the season continued on Saturday.

Che Adams came off the bench to score in the 68th and 84th minutes — the second coming from a spectacular scissor kick — to earn Southampton a first win at the third time of trying.

Leicester, which went ahead through James Maddison’s 54th-minute free kick, is still without a victory despite having taken the lead in both its home games. From 2-0 up, Brendan Rodgers’ team drew 2-2 with Brentford in the opening round before losing 4-2 at Arsenal last weekend.

Rodgers chose to leave Fofana out of the matchday squad, with the center back linked with a big-money move to Chelsea. Meanwhile, midfielder Youri Tielemans only started on the bench — and came on in the 65th — amid uncertainty over his future.

Jamie Vardy started for Leicester after signing a new deal keeping him at the club until 2024.