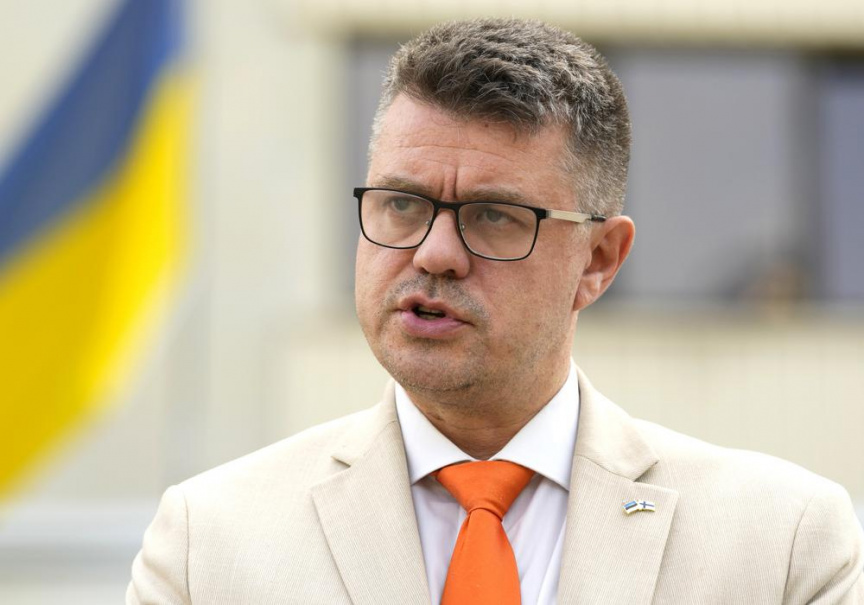 TALLINN, Estonia (AP) — Estonia’s foreign minister on Thursday defended his country’s decision to bar Russian tourists, saying they are shirking their “moral responsibility” to stand up to Russian President Vladimir Putin’s regime and its “genocidal war” in Ukraine.

The small Baltic country, which shares a 300-kilometer (190-mile) border with Russia, stopped issuing tourist visas to Russians months ago, and as of Thursday no longer accepts those previously issued.

“Our idea is to give a signal to all our European partners, all our Western community partners, to close down our borders to Russian citizens, except humanitarian cases,” Foreign Minister Urmas Reinsalu told The Associated Press in an interview in Tallinn. “Russian citizens are not welcome in Europe. Their country is committing a genocidal war against an innocent people.”

Despite bans on air travel from Russia to the European Union, Russians have been able to vacation in western Europe this summer by traveling by land through Estonia and other neighboring countries with tourist visas that are valid throughout Europe’s border-free travel zone.

Reinsalu said “hundreds of thousands” of Russian citizens passing through Estonian soil posed an “evident security threat” and dismissed concerns that the visa ban could backfire by turning ordinary Russians against Europe and the West.

“This is not the war of the Russian people. It is Putin’s war and we have to be very clear on that topic,” Scholz said.

A Russian Foreign Ministry official said Thursday that Moscow is not ruling out the possibility of an EU-wide ban and will respond in any case.

“These steps will not go unanswered by the Russian side. You’ll know about (retaliatory measures) soon,” Ivan Nechaev, deputy head of the ministry’s communications department, told reporters.

Reinsalu mocked concerns that the “peaceful lives” of Russians would be disrupted by denying them the chance to visit tourist attractions like the Louvre museum in Paris, the Brandenburg Gate in Berlin or the canals of Venice.

“I think that there is no peaceful life in Ukraine, and our perspective is ending the genocidal war - this is a strategic aim,” he said.

Estonia and its Baltic neighbors Latvia and Lithuania endured five decades of Soviet occupation and have been strong advocates in the EU for harsh sanctions against Russia and robust military aid to Ukraine.

Reinsalu also defended the government’s decision to dismantle remaining Soviet-era monuments, including a tank removed this week from a memorial to Red Army soldiers killed during World War II from the eastern city of Narva on the Russian border. The government said such monuments could be used by the Kremlin to sow divisions in Estonia, which has a significant ethnic Russian minority.

“The one thing we have learnt from the past (is) that you have to act decisively and not let the tensions rise,” Reinsalu said.