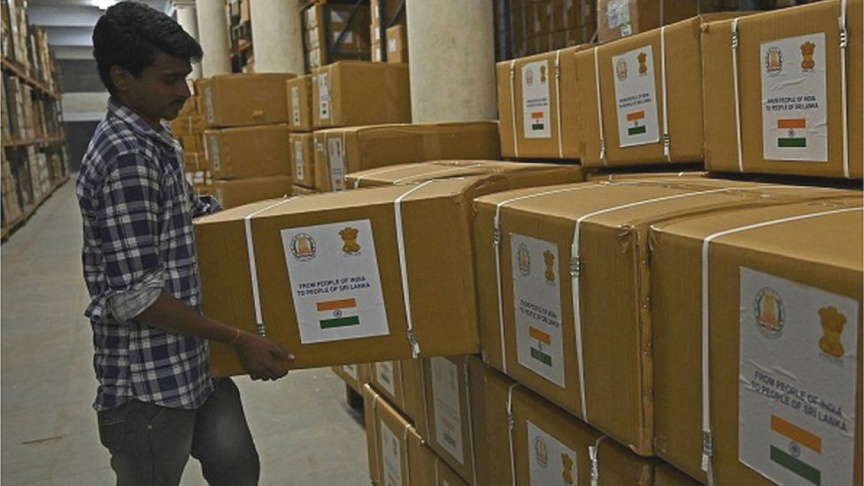 The following is an op-ed written by Ambassador A. R. Ghanshyam. He is a retired Indian diplomat and has been India’s Ambassador to Germany, Indonesia, ASEAN, Ethiopia and the African Union.

In a globalising world there was an increasing shift towards development partnership. Today, when globalisation is threatened due to the pandemic and a new war in Europe, there is a greater requirement for development partnership programmes. India's approach to development partnership was rooted in the experience of India's freedom movement. This had solidarity with other developing countries who were also shaking off the yoke of colonialism and thereafter, of under- development. Despite initial resource constraints, India immediately after its independence in 1947, began to share its developmental experience and technical expertise with other countries. This began with scholarships and capacity building programmes and then spread to institution building.

India's developmental partnership approach focuses on human resource development; it shows respect for partnerships, provides for diversity, looks at the future and puts sustainable development at the centre. India's development cooperation is typically unconditional. In a survey of African interlocutors 60% said that they saw the HRD, capacity building, training and scholarships as a valuable part of the Indian partnership, next only to Indian FDI. Cooperating with development partners on an equal basis, and guided by their development priorities is India's fundamental approach. In the landmark address of Prime Minister Modi to the Parliament of Uganda in July 2018 he said ‘Our development partnership will be guided by your priorities. It will be on terms that will be comfortable for you, that will liberate your potential and not constrain your future. We will build as much local capacity and create as many local opportunities as possible’.

India's model of development cooperation is organised to be responsive to requests from partner countries and provide technically and financially feasible solutions. The main instruments of India's development partnership include lines of credit, grant assistance, small development projects, technical consultancy, disaster relief and humanitarian assistance, as well as capacity building programmes under the Indian Technical and Economic Cooperation (ITEC) programme. In a recent survey in Africa, the ITEC had the best recall among various development efforts.

The establishment of the ITEC program in 1964 came about as India understood that newly independent and emerging countries faced challenges for their development. There was an opportunity to fill such gaps. The ITEC hence brought India’s own development experience and growing achievement to share with other developing countries.

The ITEC program has 6 core qualities. These are:

Indian partnership directly supports national development priorities. India also contributes to multilateral funds for similar achievements like the IBSA fund or the India-UN Development Partnership Fund. Where loans are involved or institutions are built, there is now a greater emphasis on business plans to make these projects financially sustainable. The main point is that they should support development priorities, which internationally today include the Sustainable Development Goals. Development cooperation adds value to the development processes of its partners. The projects emanating from the partnership can play an important role in providing incentives for profitable activities, which can have developmental impact. The  Indian impact investment movement for implementing the SDGs through investment is an example of this.

The development partnership that India follows creates new opportunities for other developing countries using its own experience, and capability of its public and private sectors. Thus, it tries to overcome the structural impediments that limit the absorption among other countries and creates easily scalable and transferable models. This criterion is increasingly important. The Indian model of cooperative development partnership seeks to provide ownership of the assets and the capacities which are built through partnership with India of the host country. It aims to complement resources and capacities while respecting the sovereignty of partners and their own development plans. This has led to the Indian partnership model earning respect among developing countries and from international partners. India’s efforts are also cost effective and spend less on high fees for consultants and focus more on delivery. The creation of a new Trilateral Development Fund in India will incrementally channel diverse funds into supporting the Indian model of cooperation in developing countries.

In Nepal, India has constructed highways, electrified villages, provided drinking water projects and increased the power potential of the country. Amid Sri Lanka’s recent crisis, India has provided support of about $ 3.8 billion for immediate assistance to alleviate the problems faced by the people of Sri Lanka for fuel, food and medicines.

In Africa, the Pan African E-network project was the largest project which covered 47 countries to provide them with telemedicine and tele-education facilities between 2009 and 2019. It has now moved into the next digital phase. There are other success stories like the Centre for IT Excellence in Ghana and Entrepreneurship Development Training Centre in Senegal. The India-Africa Forum Summits provided a new paradigm for India's development partnership, raising the funding by several billion dollars.

In ASEAN countries, India has contributed several projects to the ASEAN Initiative for ASEAN Integration and has also supported projects in Cambodia, Myanmar, Laos and Vietnam that have helped in narrowing the Development Gap. India has undertaken projects through the India-Central Asia Forum and the Forum for India-Pacific Islands Cooperation.

As India’s economy grew, India opened its facilities further and encouraged its private sector to go to Africa and other countries with greater support of concessional loans and support to private sector investment. It is these approaches which are now being honed under the India Development Initiative into a new set which will keep pace with the current situation and provide succour to India’s development partners in a sustainable manner.

Cheetahs make a comeback in India after 70 years

12 die in wall collapse at India amid heavy rains