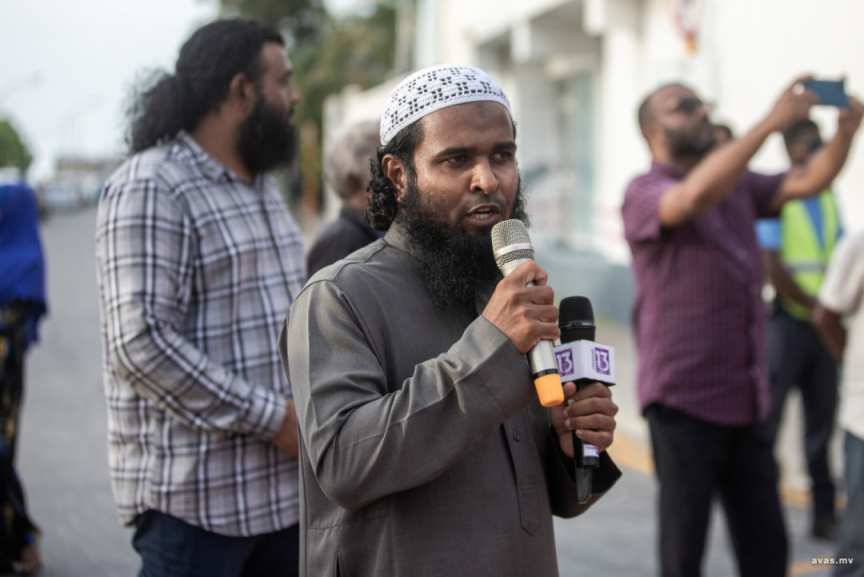 Criminal Court, on Sunday, has granted conditional release to religious scholar, Al-Sheikh Adam Nishan, arrested in connection to the mob attack on the event held at the national football stadium on June 21, to mark World Yoga Day.

Following the expiration of his last remand – the police had requested an extension of his remand by 15 days at a hearing held at the Criminal Court today.

However, the judge had ordered Sheikh Nishan’s release – subject to conditions set out by the court.

The conditions for release include ban on travel outside of Male’ area without informing police and giving details of place of residence and phone number to the police.

Sheikh Nishan was arrested in connection to the case on June 22. Initially remanded in custody for seven days – his remand was later on extended by 16 days on July 19.

In a statement released by Sheikh Nishan following the mob attack – he said that he decided to join the protest against Yoga Day event when he was given assurance that it would be carried out peacefully under his instructions. He detailed that some youths that joined the protest that became extremely angered had stormed the stadium against his instructions.

“When some of the youths that joined the protest began acting against our instructions out of anger – we tried to advise them, control them and move them back,” he had said.

Sheikh Nishan said that when the protest had gone out of control – he had announced its conclusion and left the scene.

The yoga day event, organized by the Indian Cultural Center and the Sports Ministry, had begun at 06:30 am on June 21, and was attended by dozens of participants, including foreign ambassadors and diplomats.

A mob of angry protestors had stormed the stadium, and threatened and assaulted some of the participants, and destroyed property. They were carrying flags containing verses from the Shahada.

Over 20 suspects were arrested in connection to the mob attack on the event, including top PPM politician, former MP Mohamed Ismail, local Islamic scholars Sheikh Adam Nishan and Sheikh Mohamed Fazloon. Some suspects, including Sheikh Fazloon and Mohamed Ismail, have since been released.

Asif sentenced to 10 years in jail for stabbing Hammadh