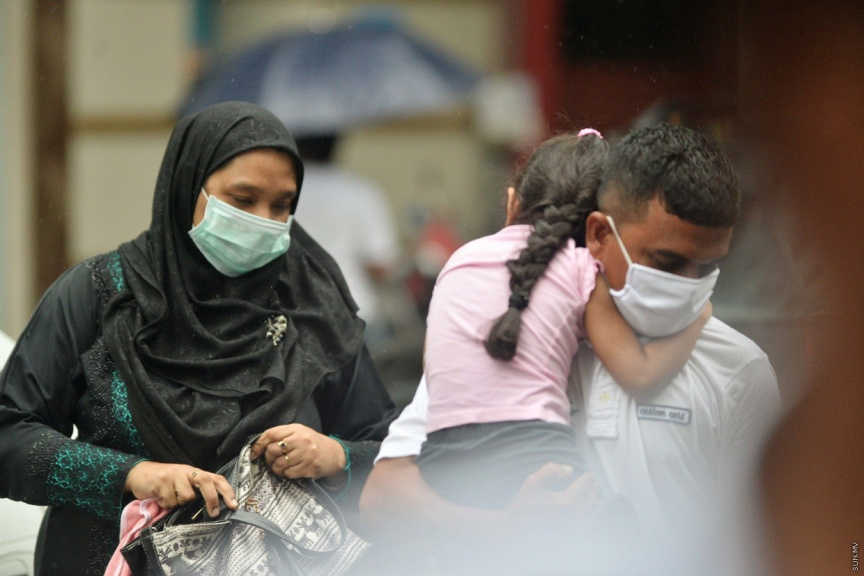 Paediatrician at Indira Gandi Memorial Hospital (IGMH) Dr Ahmed Faisal on Wednesday revealed that an infant was undergoing treatment in ICU due to complications from Dengue.

He noted that the child - who is less than a year old was in serious condition. He added that a blood transfusion had to be given to the child due to blood loss when vomiting.

Three days prior also, two children were admitted to the ICU with dengue.

Dr Faisal said that those two children were now doing better, and had been shifted to the ward as well.

So far this year, one child succumbed due to complications from dengue.

Noting this, Dr Faisal urged to remove of the breeding sites of mosquitoes, as an attempt to reduce the spreading of this disease.

“This year, dengue complications are more than in the last 3 years. Many children are requiring ICU care and blood transfusions,” said Dr Faisal.

According to Health Protection Agency’s statistics, in May this year alone, 185 cases of dengue were reported. Notably, from this total, 73 cases were reported within a single week, which was the last seven days of the month.

HPA has urged the public to be cautious and to wear clothes that provide more coverage, use mosquito repellent and close all doors and windows in the early morning and late evenings as a preventative measure.

Additionally, they advised not to discard items like cans which can retain water on streets and home premises.

Law to be amended to resume collection of Green Tax