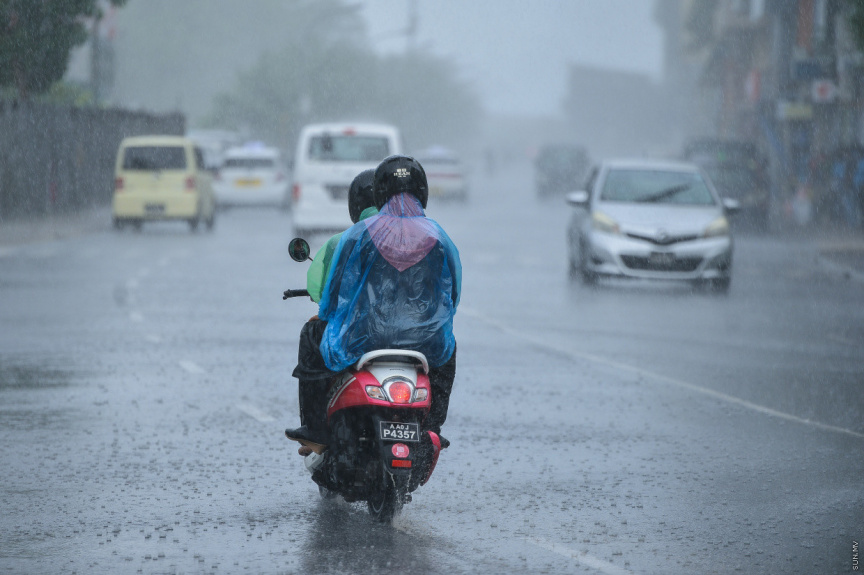 Vehicles make their way along a road amid heavy rain in Male' City on July 7, 2021. (Sun Photo/Fayaz Moosa)

During this time, strong winds of 25 – 30 mph are expected along with very rough seas.

Additionally, the MET office stated that waves are expected to reach heights of 4 – 7 feet. Hence, the authority urged all, especially seafarers to take all precautions when travelling.

Met Office warned of the possibility of wave surges across the country during high tide with the current weather.

The authority has previously stated that the southwest monsoon has become intense over the Maldives, resulting in widespread rain and thunderstorms across the country over the few days.