Home Minister: Punishment to juvenile offenders comes after many failures 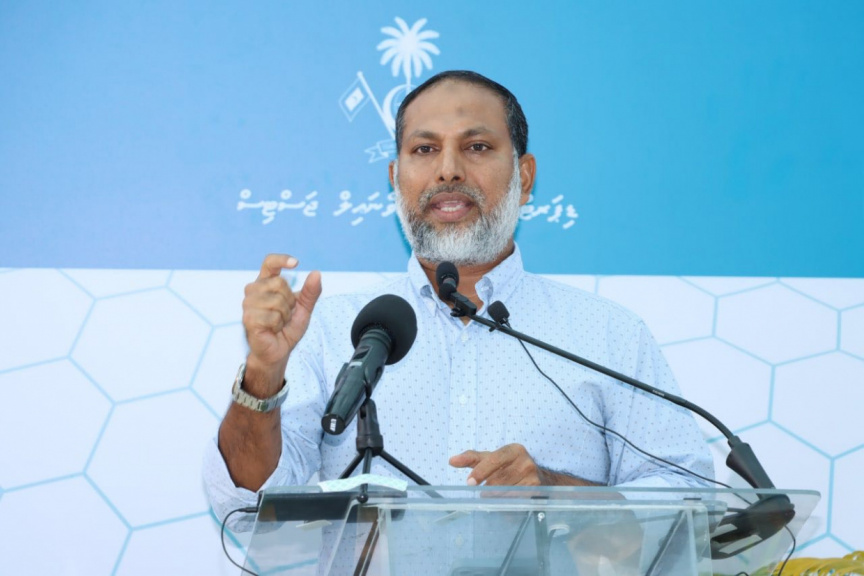 Home Minister Imran Abdulla states that the stage where juveniles who commit crimes are meted out punishments comes after many failures.

He made the remark during his speech at the groundbreaking ceremony for Department of Juvenile Justice (DJJ)’s halfway house in HA. Hoarafushi on Friday.

Imran said that peace, security and prosperity depended on the strength of the system a society was based on.

If the legal and judicial systems built upon that system are strong, the society will have peace and will prosper and thrive, he said.

“Fully aware of this fact, one of the first laws created during President Ibrahim Mohamed Solih’s administration was the Juvenile Justice Act,” he said.

Imran said that a strong and wholistic law was crucial to keeping the features needed for human society strong.

He said that legal experts believe the next step to be the full implementation of the law, and familiarizing members of the society with the law.

“Rehabilitating juveniles exposed to danger or crime and reintegrating them back to society is something that had remained unsolved in Maldives for a long time,” he said.

Imran said that experts believe a legal or court-mandated punishment against a person who commits a crime to be the fourth course of action.

Imran said that each individual had their civic duty to uphold.

If a person is unable to stick to principles and fails due to the many circumstances they face throughout their life, then the first level fails, he said.

Imran said that it was important that families, neighbors, schools, local councils and the entire community work to rehabilitate juvenile offenders before opting for legal action.

He said that the halfway house being built in Hoarafushi will provide a significant solution to efforts to reintegrate juvenile offenders as useful members of society.

The halfway house is being built under Article 82 of Juvenile Justice Act, which requires for juveniles who spend a specific amount of time in a correctional facility to be kept in a center to undergo rehabilitation to get them ready for reintegration into society.

The construction of the halfway house was contracted to Maldives Transport and Contracting Company (MTCC).