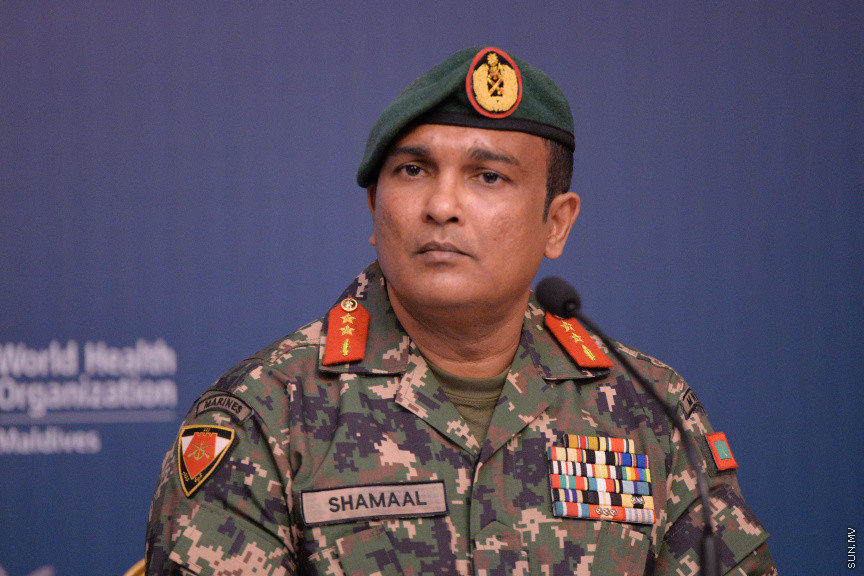 Shamaal had made the remark whilst speaking during a live telecast by Raajje TV in conjunction with this year’s Independence Day.

In this regard, Shamaal said that many efforts were undertaken to improve the competency of MNDF soldiers following the terror attack on Parliament Speaker, former President Mohamed Nasheed in May 6 of last year.

He detailed that such efforts included training soldiers on responding to explosive devises, and less impactful detonating devices such as IEDs.

Underscoring that the biggest goal of MNDF was to enhance its Coastguard’s capacity – Shamaal stressed the need to acquire more equipment and land and sea vessels, improve infrastructure and train additional people.

Noting a special force of MNDF has been created – he explained that the main task of this force was to enhance capacity in responding to situations involving kidnappings and airplane or sea vessel hijackings.

China: Will work to carry on traditional friendship