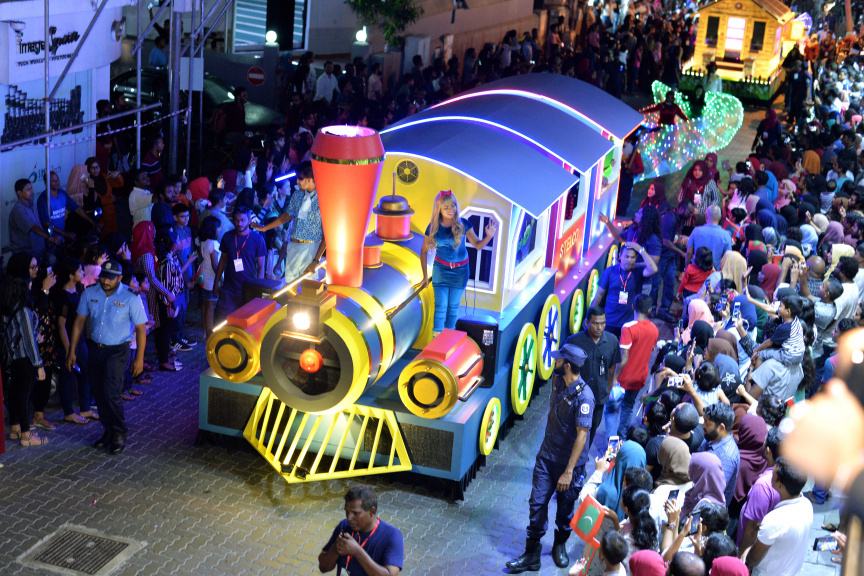 Ministry of Home Affairs has revealed that the Independence Day float parade planned to be held this time after a three-year hiatus has been cancelled.

Speaking with Sun, the Director of Communications at the ministry Hafsy Abdulla said that this year only the flag hoisting ceremony will be held in celebration of Independence Day.

In addition to this, the official reception held in conjunction with Independence Day has been cancelled as well.

However, about a month prior, Home Ministry confirmed that the parade will be held, but no further details were disclosed at the time.

Annual Independence Day celebrations were not been held in the past three years following the COVID-19 pandemic.

The last time float parade was held in 2019, for the 54th Independence Day of the Maldives. Five state-owned companies showcased a total of 14 floats based on various themes such as culture, cartoons, and movies.

Earlier this month the Ministry of Finance and Treasury sent a circular signed by Minister Ibrahim Ameer to the government offices, asking to reduce spending.

As per the circular, various global issues like the conflicts between Russia and Ukraine have caused the prices of fuel and other goods to increase, and as a result, increased expenditure of the government. It noted that the impact of these will be felt by the Maldives as well, and the window to take action to manage income and spending before that is reducing.