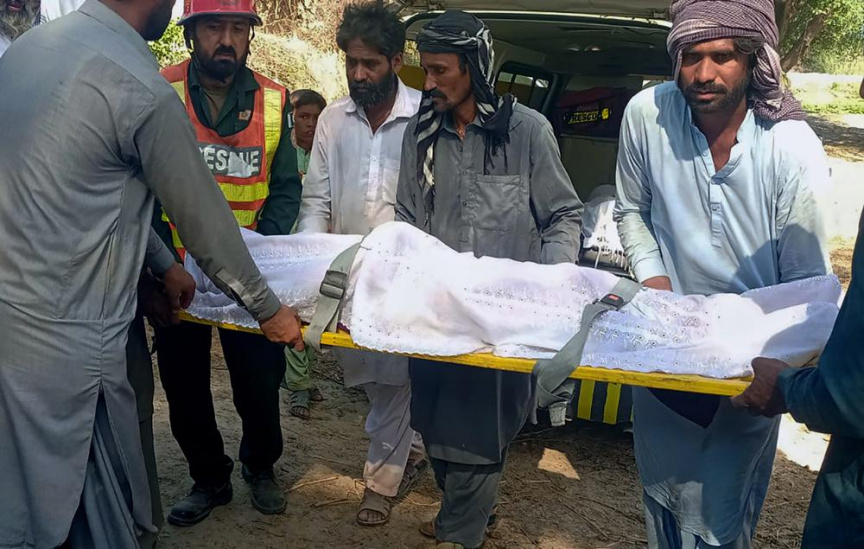 A rescue worker and villagers carry the body of a victim of a boat accident on the Indus River, in Sadiqabad district, about 350 kilometers (210 miles) south of Multan, Pakistan, Monday, July 18, 2022. (AP Photo/Mohammad Shabaan)

The incident happened in the Sadiqabad district, about 350 kilometers (210 miles) south of Multan, a main city in Punjab, a senior government official said.

Saleem Assi said at least 65 people, including the bridegroom, were rescued and nearly two dozen people, including children, were still missing. He said according to their initial information, between 90 to 100 people were on board the boat.

Assi said the cause of the accident was not immediately known, but apparently the boat was overcrowded. He said unfortunately all those whose bodies were recovered by the rescuers were women and children.

In a statement, Prime Minister Shahbaz Sharif expressed his grief and sorrow over the incident and asked authorities to make their best efforts to rescue those passengers who are still missing.

Such accidents are common in Pakistan, where rickety wooden boats are often used to transport goods and people on rivers and lakes. Most operate without life jackets.