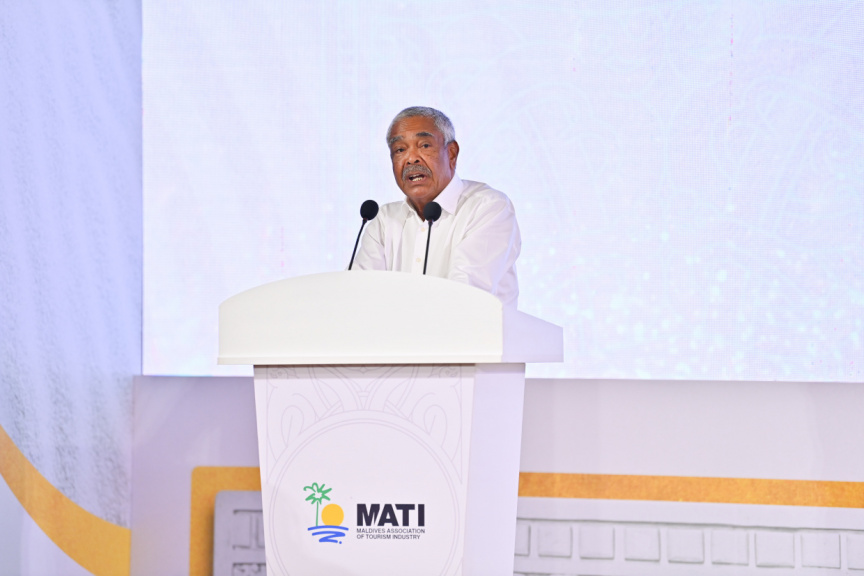 Maldives Association of Tourism Industry’s (MATI) Vice Chairman Champa Hussain Afeef has stated that the island nation’s tourism sector played the most significant role in paving the road of self-sustenance for the Maldives.

Speaking at ‘50 Years of Tourism Awards by MATI’ hosted by MATI on Sunday evening, in conjunction with the golden jubilee of Maldivian tourism sector – Afeef said that tourism sector brought development to the Maldives in multiple avenues.

In this regard, he stressed that the tourism sector played the biggest role in paving the road of self-sustenance for the Maldives. Therewith, he said reaching the milestone of 50th anniversary of the sector was a hallmark accomplishment for the whole nation.

“As Maldivian tourism industry marks its 50th anniversary this year – tourism sector is the what guided Maldives towards the sustenance it has achieved at present,” he had said.

Underscoring that the 50 successful years of Maldivian tourism was a right of those who have contributed to the sector on different levels – Afeef said that it was also their success.

In concluding his speech, Afeef underscored the assistance received by many in difficult and peaceful times to ensure the continuity if the tourism sector.

He also thanked President Ibrahim Mohamed Solih for his guidance and assistance in overcoming the difficulties posed by COVID-19 pandemic to the tourism sector.

At yesterday’s award ceremony, 57 awards were presented to winners selected by a committee of industry experts and veterans that comprehensively vetted and evaluated all nominations received.