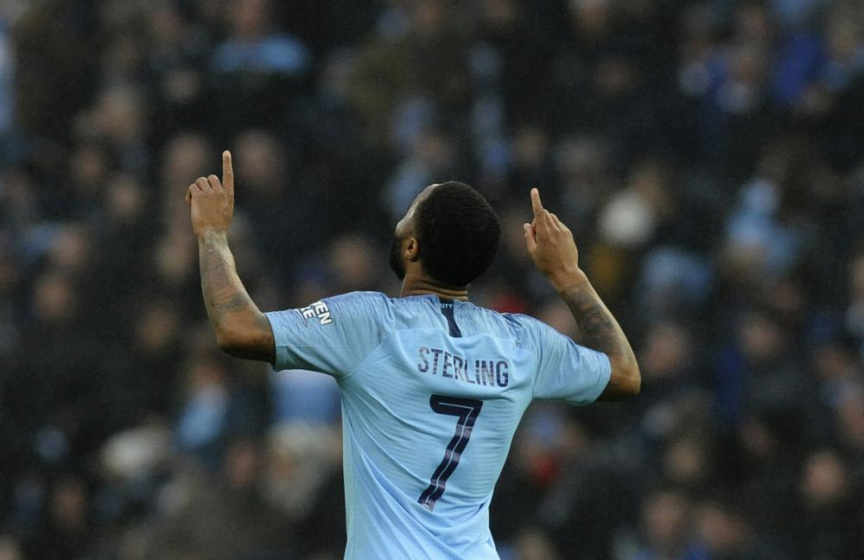 MANCHESTER, England (AP) — Raheem Sterling edged closer to a move to Chelsea as he bid farewell to Manchester City on Wednesday.

Sterling is on the cusp of completing a transfer of around 50 million pounds ($60 million) to City’s Premier League rival and he has reportedly flown out to Los Angeles to join up with Chelsea on its preseason tour and put pen to paper on a five-year deal.

The England attacking midfielder posted an emotional message on social media, along with a video of highlights of his time at City.

“Seven seasons, eleven major trophies, a lifetime of memories,” it read. “To the coaching staff who have played a massive role in my development over the years, to my teammates who have become more than just those I share a pitch with, to the backroom staff, to the office staff, to the fans who have tirelessly supported the team, and to everyone involved with Manchester City, my respect for you couldn’t be greater.

Sterling joined City from Liverpool in 2015 for a fee of nearly 50 million pounds, making him then the most expensive English player of all time.

The 27-year-old Sterling helped City to win four league titles and scored 131 goals in 339 games across all competitions. He was in-and-out of the team last season and did not start either leg of the Champions League semifinal loss to Real Madrid or the Premier League title-clincher against Aston Villa on the final day.

“I am thankful for the ups and the downs,” Sterling added in his post. “As it’s the downs that have, at times, tested my strength and resolve, and enabled me to stand here in front of you as the best possible version of myself.