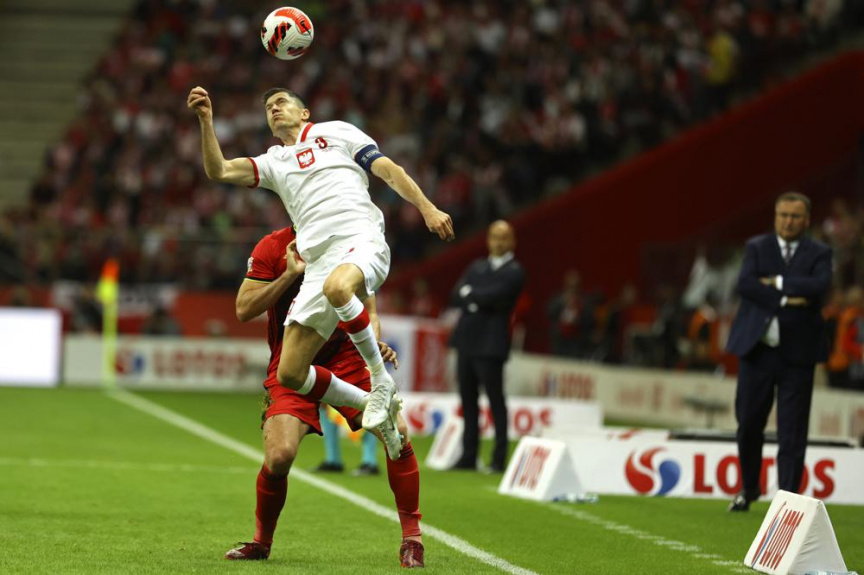 “We have made an offer for the player and we are waiting for a response,” said Barcelona president Joan Laporta. “We thank the player for showing an interest in our club.”

Lewandowski said in late May that “my story with Bayern Munich is over” and that a transfer to a new club would be the best solution. The 33-year-old Poland striker has one more season on his contract with the Bundesliga giant.

Contract extension talks between Bayern and Lewandowski broke down this season with both sides providing different reasons. While the club said that the player had rejected its offer, his agent said an offer was never made by Bayern.

Barcelona is seeking to rebuild its attack a year after Lionel Messi left. It finished last season without a title, coming in a distant second to champion Real Madrid in the Spanish league and failing to make it out of the Champions League group phase.

The Catalan club is mired in debt. It recently sold 10% of its Spanish league television rights for the next 25 years in exchange for just over 200 million euros ($203 million). Some of that it will use to sign new players.

This week it incorporated new signings Franck Kessie and Andreas Christensen to strengthen its midfield and defense, respectively.

Lewandowski would be a huge boost to its attack.

He has scored 312 goals in 384 Bundesliga games for Bayern and former club Borussia Dortmund. He hit 35 goals in 34 appearances last season to become the Bundesliga’s leading scorer for the fifth season in a row, and the seventh time overall.

Robert Lewandowski joins Barcelona in Miami for US tour